From the FPJ Archives: As India marks 30 years of economic liberalisation, here's a look at Budget Day 1991 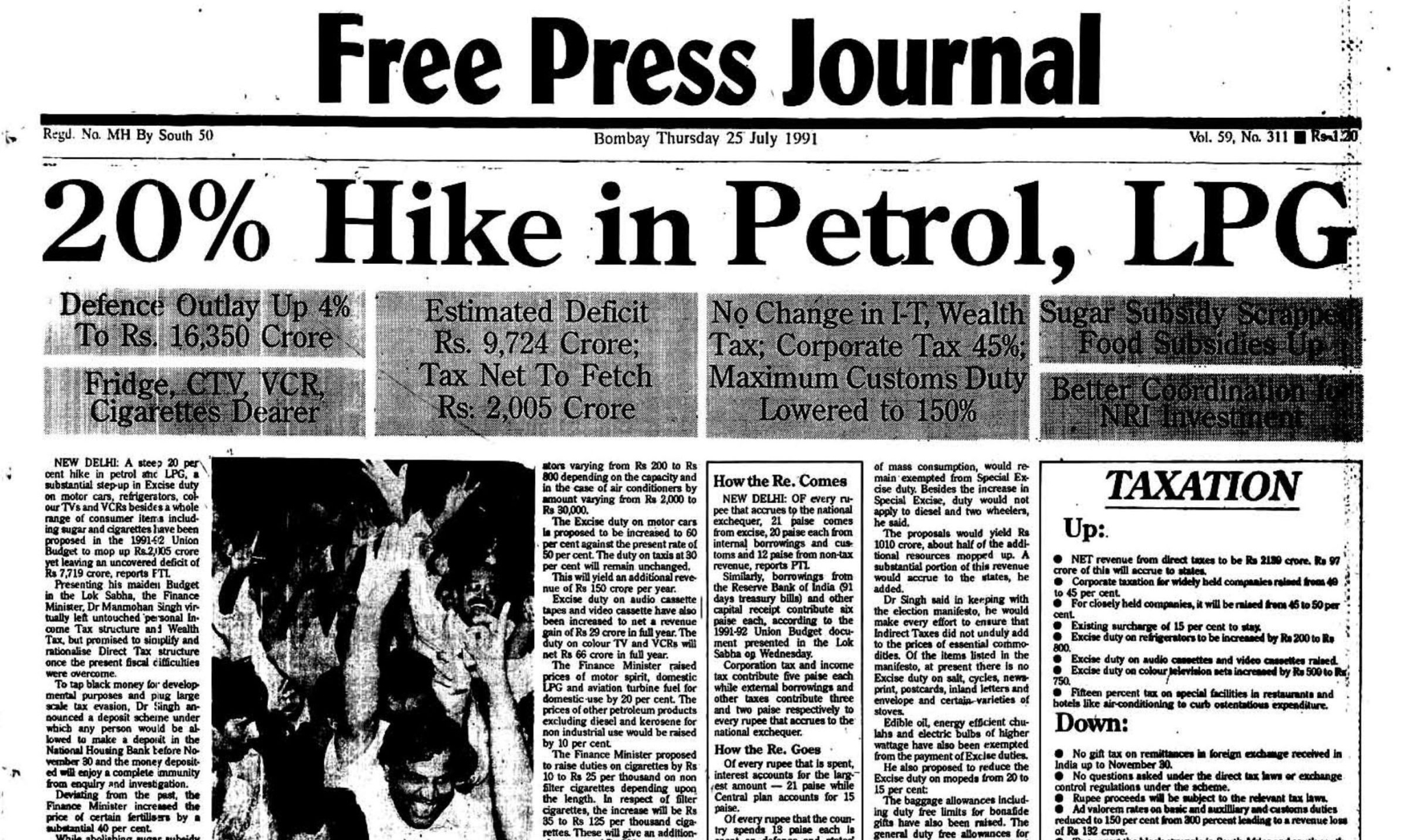 Finance Minister Manmohan Singh's 1991 Budget was an epoch-making event. Often dubbed the day that "changed India forever", it ushered in the era of liberalisation in India. Now, 30 years later, it remains a pivotal moment in modern India's history. What began with a series of reforms that led to the opening up of the economy, had eventually catapulted the nation to a $ 3 trillion economy.

"20% hike in petrol, LPG," exclaimed the FPJ's banner headline. The front page was wholly dedicated to the newly announced Budget, with Singh’s "policy to unshackle industry" finding prominent mention. The 1991 Budget edition of The Free Press Journal outlined the changes in taxation, laying special emphasis on the substantial petrol, LPG hike, the rise in excise duty for motor cars and refrigerators, and consumer items including sugar and cigarettes.

"The new industrial policy announced in Parliament envisages no prior approval for expansion by monopoly houses, abolition of licensing for a list of industries barring 18, revival schemes of the sick public sector and approval for direct foreign investment up to 51% equity in high priority industries requiring large investments and advanced technology," the FPJ report explained. 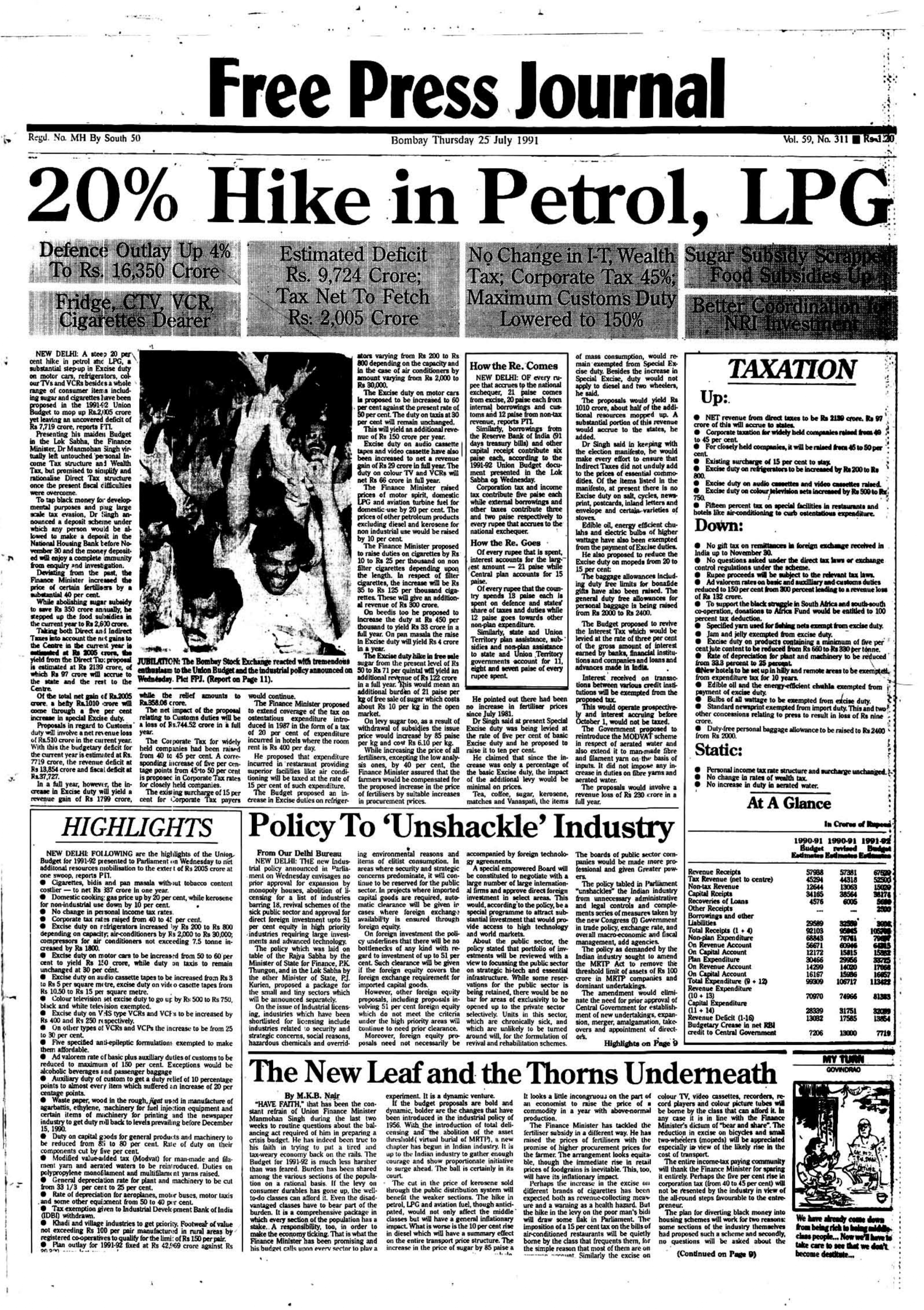 "The economic liberalisation process in 1991 was triggered by an economic crisis that confronted our nation then, but it was not limited to crisis management. The edifice of India's economic reforms was built on the desire to prosper, the belief in our capabilities, and the confidence to relinquish control of the economy by the government," said Singh in a statement on the 30th anniversary of economic liberalization recently.

According to the former Prime Minister, the road ahead is even more daunting for India. "I am also deeply saddened at the devastation caused by the Covid-19 pandemic and the loss of millions of fellow Indians. The social sectors of health and education have lagged behind and not kept pace with our economic progress. Too many lives and livelihoods have been lost that should not have been," he said.

"It is not a time to rejoice and exult but to introspect and ponder. The road ahead is even more daunting than during the 1991 crisis. Our priorities as a nation need to be recalibrated to foremost ensure a healthy and dignified life for every single Indian," he added.