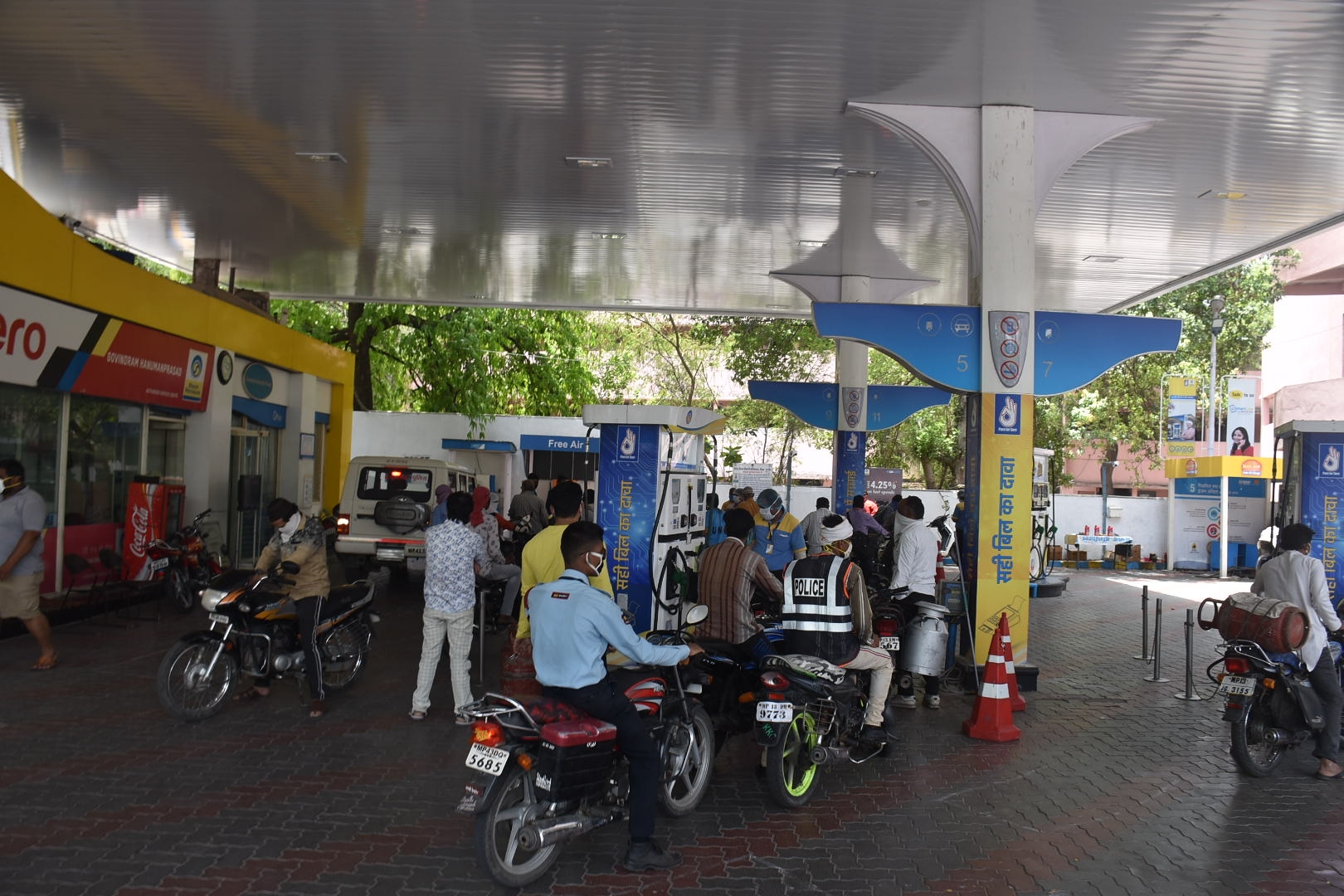 Petrol and diesel prices on Thursday were hiked by 35 paise per litre each, the second consecutive day of increase that took pump rates across the country to record high levels.

The price of petrol in Delhi rose to its highest-ever level of Rs 106.54 a litre and Rs 112.44 per litre in Mumbai, according to a price notification of state-owned fuel retailers. In Mumbai, diesel now comes for Rs 103.26 a litre; while in Delhi, it costs Rs 95.27 per litre.

This is the second consecutive day of price hike. There was no change in rates on October 18 and 19, prior to which prices were hiked by 35 paise per litre each on four straight days.

While petrol has already hit the Rs 100-a-litre mark or more in all major cities of the country, diesel has touched that level in over a dozen states and is treading towards that mark in places from Srinagar to Chennai.

Meanwhile, several politicians from the ruling Bharatiya Janata Party (BJP) have tried to "explain" or "justify" the reason behind the rising fuel prices. Let us take a look at these "explanations":

Minister of State for Petroleum and Natural Gas Rameswar Teli said that the fuel prices are rising due to free COVID-19 vaccines. Teli said: "Our government has aimed to vaccinate 130 crore people of the country at free of cost. From where will the money for COVID-19 vaccines come?" "The cost of the vaccines has come from these taxes (on fuel)," he added. Teli said that the funds of his ministry were recently diverted to the Health Ministry to tackle the COVID-19 situation. Comparing packaged mineral water and petrol, Teli said a bottle of Himalayan water is costlier than a liter of petrol. He said, "If you want to drink Himalayan water, then you have to pay Rs. 100 for one bottle."

Madhya Pradesh Energy Minister Pradhuman Singh Tomar claimed that the money generated by the high fuel costs is being used for the benefit of the poor. He said: "Do we ride a bicycle to a vegetable market? It will keep us healthy and keep pollution away...Prices are high but the money coming through this is being utilized for the poor man. Are petrol and diesel more important to us or the health services of the country?"

When asked about the rising fuel prices, Madhya Pradesh Science and Technology minister Om Prakash Saklecha offered a philosophical response. “Troubles make you realise the happiness of good times. if there’s no trouble, you won’t be able to enjoy happiness," he said.