French investigative journal Mediapart has made fresh claims that alleged bogus invoices were used that enabled French aircraft maker Dassault Aviation to pay at least 7.5 million euros in secret commissions to a middleman to help it secure the Rafale deal with India.

Mediapart had reported in July that a French judge has been appointed to lead a "highly sensitive" judicial investigation into suspected corruption" and favouritism in the Rs 59,000-crore inter-governmental deal with India for the supply of 36 Rafale fighter jets.

There was no reaction yet on the latest report from the defence ministry or Dassault Aviation.

"Mediapart is today publishing the alleged false invoices that enabled French aircraft manufacturer Dassault Aviation to pay at least 7.5 million euros in secret commissions to a middleman to help secure the sale of 36 Rafale fighter aircraft to India," the journal said in its new report on Sunday.

It alleged that despite the existence of "these documents", the Indian probe agencies decided not to pursue the matter.

"It involves offshore companies, dubious contracts and "false" invoices. Mediapart can reveal that detectives from India's federal police force, the Central Bureau of Investigations (CBI), and colleagues from the Enforcement Directorate (ED), which fights money laundering, have had proof since October 2018 that French aviation firm Dassault paid at least 7.5 million euros (equivalent to just under Rs 650 million) in secret commissions to middleman Sushen Gupta," Mediapart claimed in the report.

"This was in the context of the French firm's long and ultimately successful attempt to secure a 7.8 billion-euro-deal in 2016 to sell 36 of its Rafale fighters to India," it said.

Rafale manufacturer Dassault Aviation and India's defence ministry have previously trashed allegations of any corruption in the contract.

India's Supreme Court too in 2019 dismissed petitions seeking a probe into the deal saying there was no ground for it.

In a statement published in April, reacting to Mediapart's report on the investigation, Dassault Aviation stated that the group, "acts in strict compliance with the OECD Anti-Bribery Convention and national laws".

The NDA government had inked a Rs 59,000-crore deal on September 23, 2016, to procure 36 Rafale jets from Dassault Aviation after a nearly seven-year exercise to procure 126 Medium Multi-Role Combat Aircraft (MMRCA) for the Indian Air Force did not fructify during the UPA regime.

The Congress accused the government of massive irregularities in the deal, alleging that it was procuring each aircraft at a cost of over Rs 1,670 crore as against Rs 526 crore finalised by the UPA government during the negotiations for the MMRCA.

Prior to the Lok Sabha elections in 2019, Congress raised several questions about the deal and alleged corruption, but the government rejected all the charges. 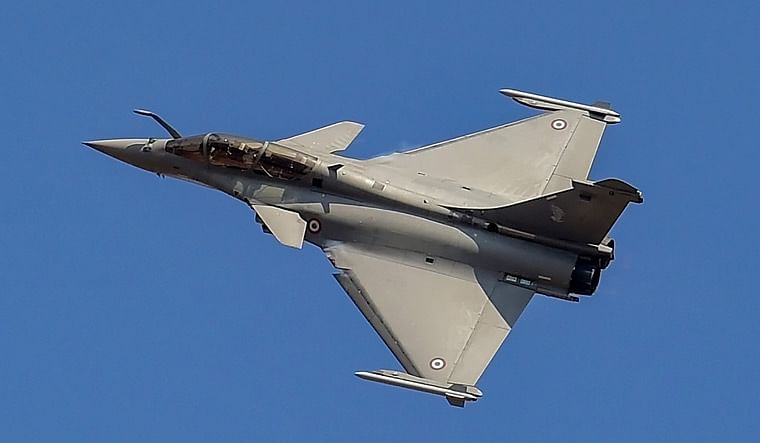 Amid standoff with China, three more Rafale fighters to arrive from France