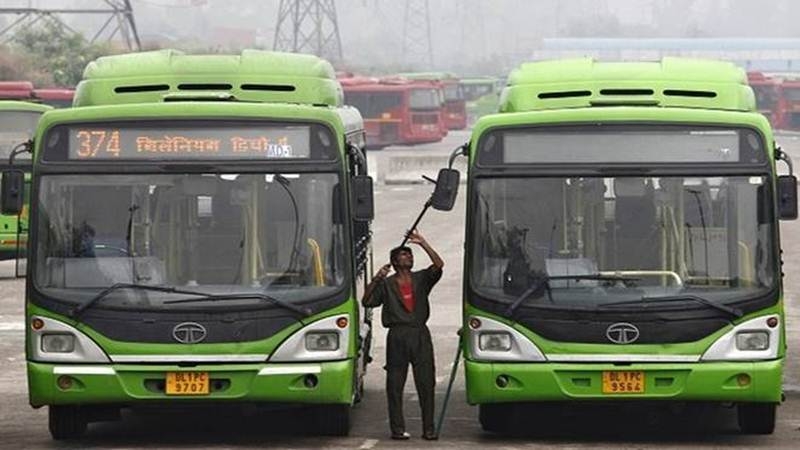 The Delhi Government will hold a mega event of the rollout of free travel for women in Delhi Transport Corporation and cluster scheme buses.

According to report, the event will take place in Thyagaraj Stadium, where CM Arvind Kejriwal will dedicate the scheme to the women in the city. Even though free travel was announced by the state earlier, it will have a ceremonial beginning on October 29. DTC is gearing up for the scheme and the corporation will print 1.5 crore pink coloured travel passes in the initial lot.

Pink tickets will be issued to women passengers under the Delhi government's scheme for free travel in DTC and cluster buses which was approved by the Delhi Transport Corporation (DTC) board.The scheme has been approved till March 2020 and it will be rolled out on Bhai Dooj on October 29.

In June, Kejriwal had announced to provide free travel for women both on buses as well as Delhi Metro in a bid to encourage them to use public transport for their safety. On Independence Day, Chief Minister Arvind Kejriwal had announced that women will be able to avail free travel in DTC buses from October 29 and said the same facility in Delhi Metro would be available soon.

There are around 5,500 buses, including around 3,800 run by the Delhi Transport Corporation (DTC), and more than 1,600 run under the Cluster Scheme by Delhi Integrated Multi-Modal Transit System (DIMITS). Kejriwal's plans to make Delhi Metro free for women has run into a stumbling block from the Centre.