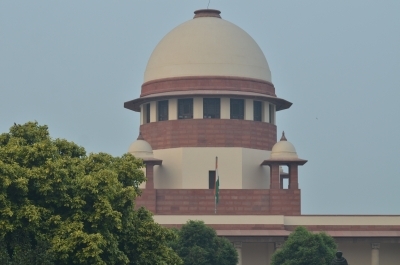 The Supreme Court on Monday expressed unhappiness over the status report filed by the Uttar Pradesh government in the Lakhimpur Kheri case.

Supreme Court said that there is nothing in the status report apart from saying that more witnesses have been examined, reported news agency ANI.

The Supreme Court suggested that a former high court judge monitor the ongoing probe by the Uttar Pradesh police into the October 3 Lakhimpur Kheri incident in which eight people, including four farmers, were killed in violence during a farmers' protest, saying the investigation was not going the way it expected.

The bench, also comprising Justices Surya Kant and Hima Kohli, suggested the names of former judges of the Punjab and Haryana High Court, Justices Rakesh Kumar Jain or Ranjit Singh, for overseeing the probe till filing of the charge sheets in the cases.

The bench said the investigation was "not going the way we expected".

It also took note of the delay in procuring the forensic reports regarding the video evidence.

Earlier, the bench had directed the Uttar Pradesh government to provide protection to witnesses under the Witness Protection Scheme, 2018 and to record the statements of other witnesses before the judicial magistrate under section 164 of the Code of Criminal Procedure (CrPC) and expedite the examination of digital evidence by experts.

The police have so far arrested 13 accused, including Union Minister of State for Home Ajay Mishra's son Ashish Mishra, in connection with the case.

Four farmers were mowed down by an SUV in Lakhimpur Kheri when a group agitating against the Centre's three farm laws was holding a demonstration against the visit of Uttar Pradesh Deputy Chief Minister Keshav Prasad Maurya on October 3.

Farmer leaders have claimed that Ashish Mishra was in one of the cars that allegedly knocked down the protesters but the minister has denied the allegations.