A division bench of Justices V. Bharathidasan and N. Sathish Kumar hearing a writ petition filed in 2018 in connection with deaths of elephants on tracks

As many as 24 elephants have died on the railway tracks after being hit by trains between Coimbatore (Tamil Nadu) and Palakkad (Kerala) from the year 1978 to 2021, the Southern Railway has submitted in the Madras High Court.

Giving a break up of the deaths of the wild elephants while crossing the railway tracks adjoining the forests of the Western Ghats, the Southern Railway said seven elephants and five calves were killed in Kerala since 2002. Besides, another 12 elephants were fatally hit by trains on the Tamil Nadu side in nine accidents that took place since 1978.

A division bench of Justices V. Bharathidasan and N. Sathish Kumar hearing a writ petition filed in 2018 in connection with deaths of elephants on tracks, was also informed that the Railways had imposed speed restrictions for trains to prevent fatal runovers involving jumbos while passing through the route.

Briefing on other measures taken by the Railways to prevent elephant deaths on the tracks, the counsel for the organisation said an audio alarm system was installed at some locations last month to chase elephants away from railway tracks.

The alarm system, which functions on solar power, makes sounds of honeybees buzzing or tiger roaring to keep the elephants away from dusk to dawn. Depending on its success, similar alarm systems would be installed at other locations on the route as well.

Another latest measure taken in this connection was a proposal by the Southern Railway General Manager to the Railway Board last month to construct two underpasses on the route at an investment of near Rs 7.5 crore to prevent elephant deaths on tracks in Tamil Nadu.

The court adjourned the case to February 25 for further hearing when the Tamil Nadu Forest Department would make its submissions. 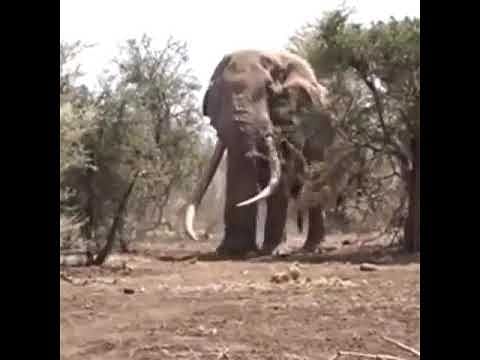 Watch Video: Weighing 8,000 kg, elephant from Tanzania believed to be largest in world