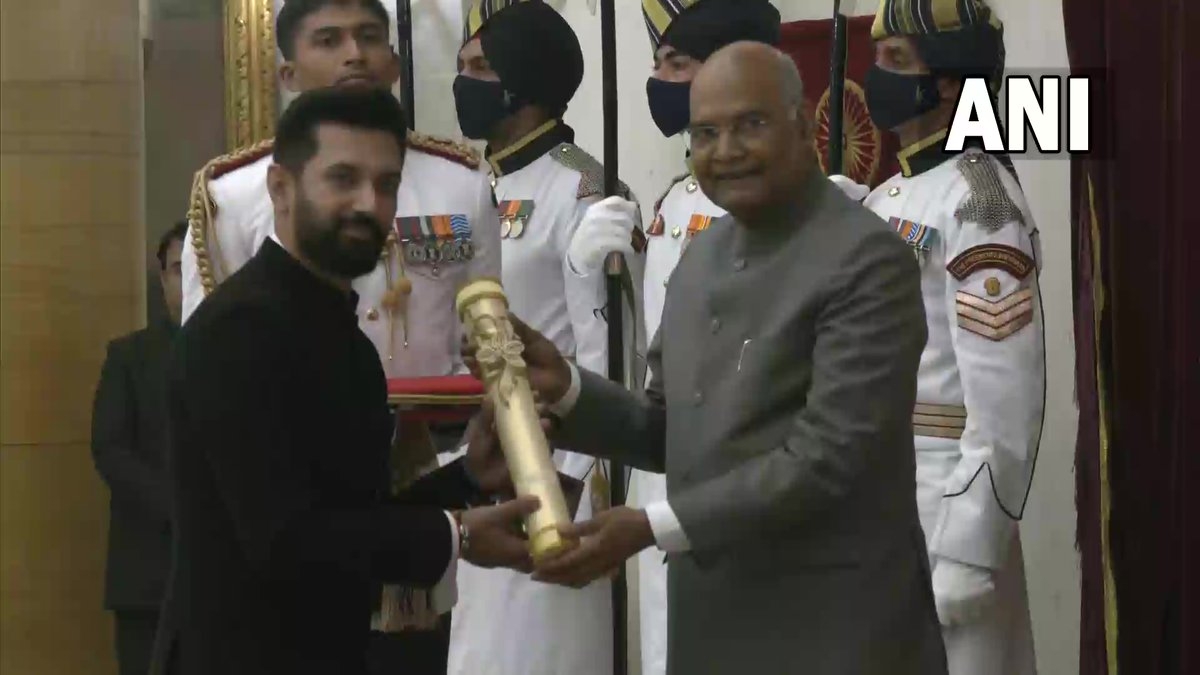 The award was received by his son Chirag Paswan. | ANI

Former Union Minister Ram Vilas Paswan was awarded the Padma Bhushan, posthumously on Tuesday. The award was received by his son Chirag Paswan.

Sudarshan Sahoo is an artist from Odisha. He has earlier been honoured with Padma Shri and Dharmapada awards for his contribution to art.

Rahibai Soma Popere, a tribal farmer, received the Padma Shri Award, in the field of agriculture, from President Ram Nath Kovind on Monday.

Popere, also known as the 'seed mother', is a farmer from Mahadeo Koli, a tribal community from the Ahmednagar district of Maharashtra. 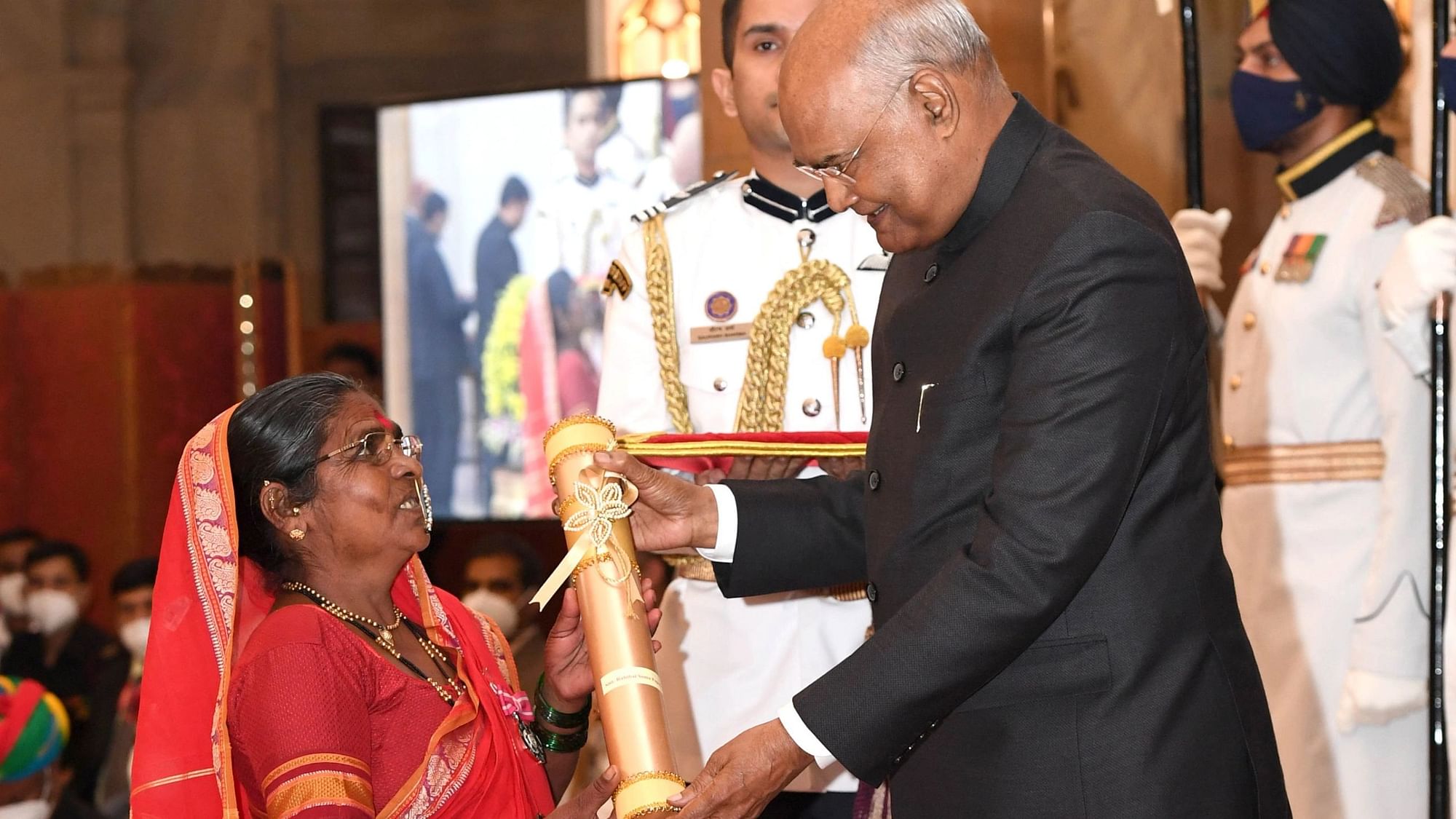 Watch video: Rahibai Soma Popere honoured with Padma Shri award - All you need to know about the...