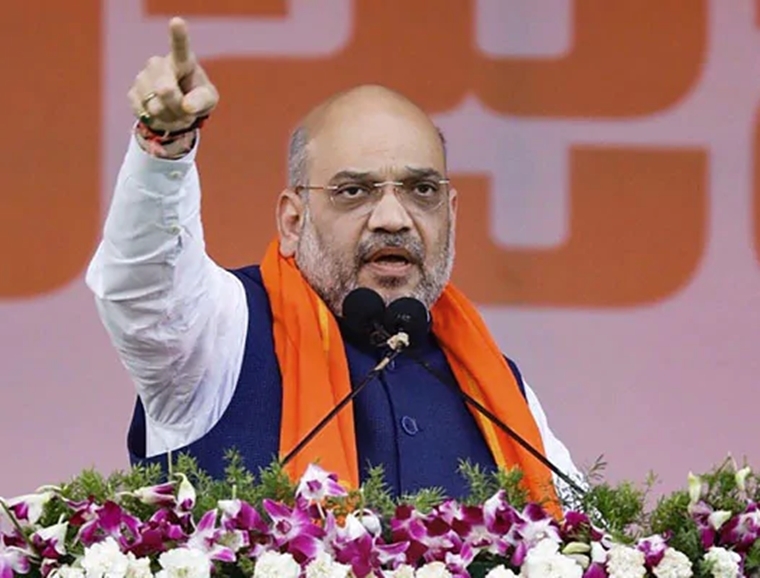 Kolkata: BJP president Amit Shah on Tuesday asked party workers of West Bengal to start making people aware on the Citizenship (Amendment) Bill to dampen the campaign of the ruling Trinamool Congress that the saffron party's stand on NRC is creating panic in the state.

At a meeting with office bearers, MPs and MLAs of the state, Shah also told them to refrain from making any off- the-cuff remarks on the National Register of Citizens as it might lead to more confusion among the people which might have a negative impact on the BJP. Trinamool Congress leaders have been alleging that the BJP is creating panic over NRC and the situation in West Bengal is such that 17 people have died due to the fear that the exercise would be implemented in the state. In Assam, over 19 lakh people have been excluded in the NRC exercise.

"We have been told that we should stress on the Citizenship (Amendment) Bill and its benefits. It will serve a dual purpose. It will blunt the TMC's allegation against us over NRC and also help the party create awareness among Hindu refugees that they will get citizenship," a BJP leader said. The Citizenship (Amendment) Bill provides for according Indian citizenship to Hindus, Jains, Christians, Sikhs, Buddhists and Parsis from Bangladesh, Pakistan and Afghanistan after six years of residence in India instead of 12 years currently even if they do not possess any document.

"The party president has asked us to reach out to every corner of the state where there are refugees, to apprise them of the facts the bill. We have been told to instil confidence among the people that not a single Hindu, Buddhist, Sikh or Jain refugee has to leave the country as they would be given citizenship. They don't need to worry about NRC," a senior state BJP leader said after the meeting. Another leader said Shah had told them to focus on the fact that if BJP comes to power in West Bengal, first the citizenship bill would be implemented under which all the refugees would become Indian citizens and only then NRC would be brought to weed out infiltrators.

"We have also been told not to make any off-the-cuff remark on NRC, as it might lead to more confusion, which might have a negative impact on the party," the BJP leader said. The party leaders said Shah directed them to ensure through mass campaign among refugees that more than one crore letters demanding implementation of the citizenship bill followed by NRC are sent to the Prime Minister's Office.

The directives to the party's state unit come after Shah's seminar where he asserted that the NRC is "a must" for national security and will be implemented. Addressing a BJP seminar on NRC which has hitherto remained confined to Assam, the party president accused West Bengal Chief Minister Mamata Banerjee and her party TMC of misleading the people on the issue. Shah also directed the state leadership to launch mass campaigns across the state on issues related to "corruption and misrule" of the TMC government.