Fire at a chemical unit in Pune; 12 workers rescued, none hurt

Twelve workers and two dogs were rescued from the unit, and some vehicles were also moved out of the plant to safety
Agencies 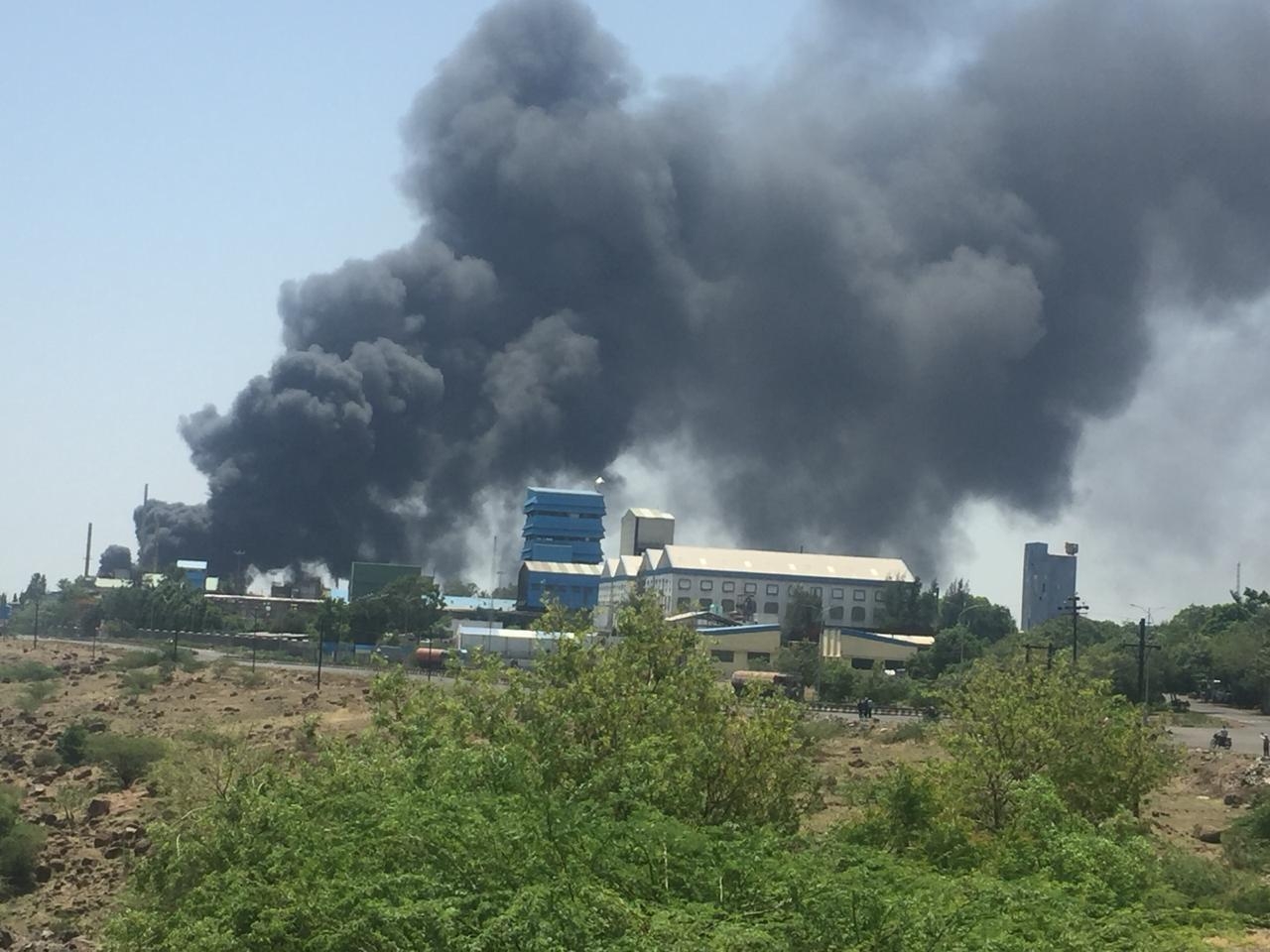 A major fire broke out at a chemical solvent manufacturing unit in Pune district in the wee hours of Thursday, a fire brigade official said.

No casualty was reported as the plant, located in Kurkumbh industrial area on Pune-Solapur Road, around 80 km from the district headquarters, was closed at the time of the incident, he said.

Twelve workers and two dogs were rescued from the unit, and some vehicles were also moved out of the plant to safety, fire officer Sudhir Khandekar said.

"The fire broke out at Shiv Shakti Oxalate Pvt Ltd, located in the Maharashtra Industrial Development Corporation (MIDC) area in Kurkumbh, around 1.30 am. Drums containing mixed solvent were kept at the plant and after the blaze they started exploding," the official said.

Eight to nine water tankers were rushed to the spot and fire personnel took about four-and-a-half hours to douse the flames, he said.

"No one was injured in the incident. Cooling operation is currently going on," the official said, adding that the cause of the fire is not yet known.

Pune Collector Rajesh Deshmukh said he has sought a report on the incident from local authorities.