Farmers vacate Ghazipur border, Rakesh Tikait thanks all for support 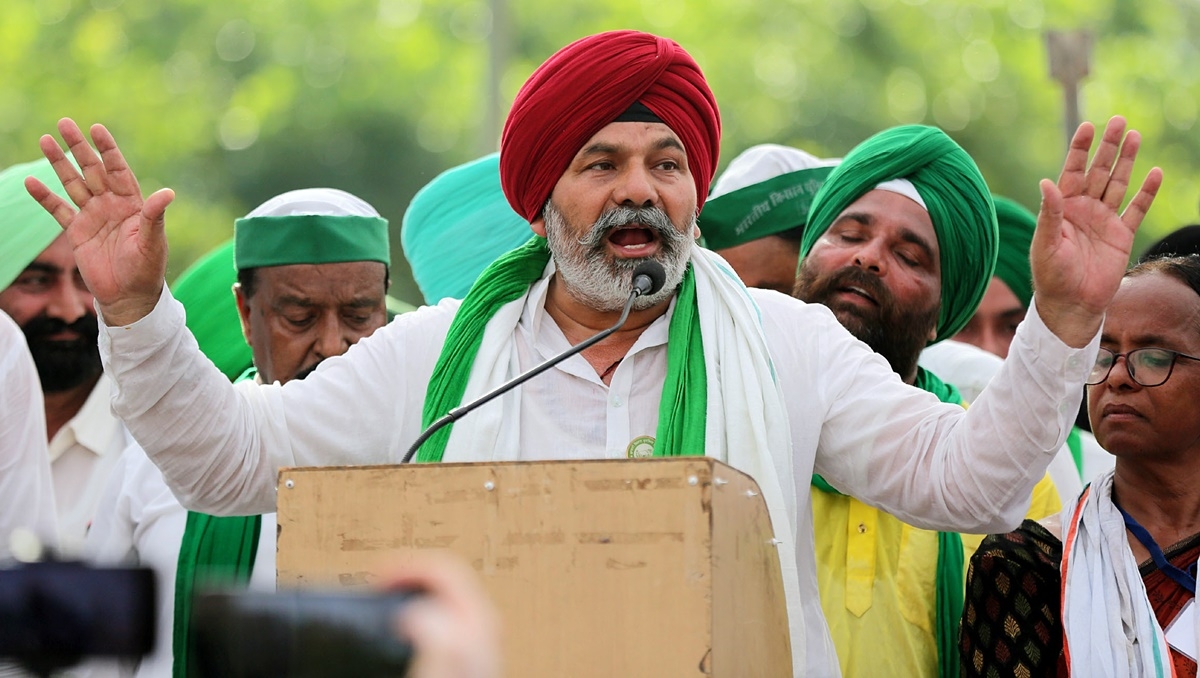 New Delhi: Farmers camping at the Ghazipur border for over a year to protest against three contentious farm laws, on Wednesday vacated the place. Bharatiya Kisan Union (BKU) national spokesperson Rakesh Tikait was present on the occasion.

Before leaving, farmers held 'havan' (a Hindu ritual) and expressed gratitude to all who stood with them in solidarity with the farm movement.

Tikait, along with other farmers, will reach their home in Sauram, via Sisauli, Modinagar, Meerut, Daurala Toll Plaza and Mansurpur, celebrating their victory.

Talking to mediapersons Tikait said: "I want to thank everyone, and particularly those who organised langars at the border."

He said, the agitation has been suspended, but has not ended. Children and elders who gathered there to see farmers depart from the border expressed happiness by dancing while playing songs.

Sisauli village has been decked up like a bride, while the Kisan Bhavan has been illuminated to welcome farmers who will be reaching their home after 380 days.

The National Highway Authority of India has started working to open the road which was closed from one side for over a year. The Samyukt Kisan Morcha (SKM), an umbrella organisation of farmer bodies, suspended the agitation after the Union government repealed the three farm laws and conceded to its other demands.