Misunderstanding and confusions on the three legislations would be cleared following talks between the farmers and the government, he hoped.
Law Kumar Mishra 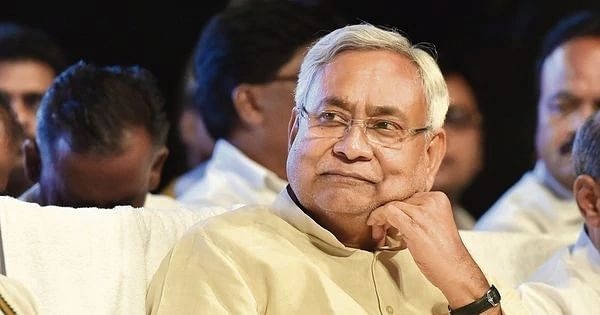 Talking to media persons here, Nitish, who was also a union agriculture minister earlier, said that the central government has invited kisans for talks and that the farmers should respond and join the talks.

Misunderstanding and confusions on the three legislations would be cleared following talks between the farmers and the government, he hoped.

"Unnecessary confusion is being created on the farm laws", Nitish said.

The chief minister of Bihar claimed that there was no problem with farmers in his state. Procurement of farm produces are going on smoothly, he said.

Nitish said that when he became the chief minister in 2005, he had introduced a revised procurement system through primary agriculture co-operative societies a year later

"Bihar is an example where there was no issue over procurement since 2006. This year, procurement of 20 lakh tons of paddy has been proposed", Nitish said, claiming that procurement was started on November 15.

The Bihar Chief Minister opened for traffic the first single-span web steel open grider at AIIMS. The 12.27 km long railway overbridge (ROB) has been constructed with an investment of Rs 1289.25 crores.

The new ROB will connect Danapur railway station to Digha station linking both north and south ends of Patna. It will help ease traffic problem in the state capital, the chief minister said.