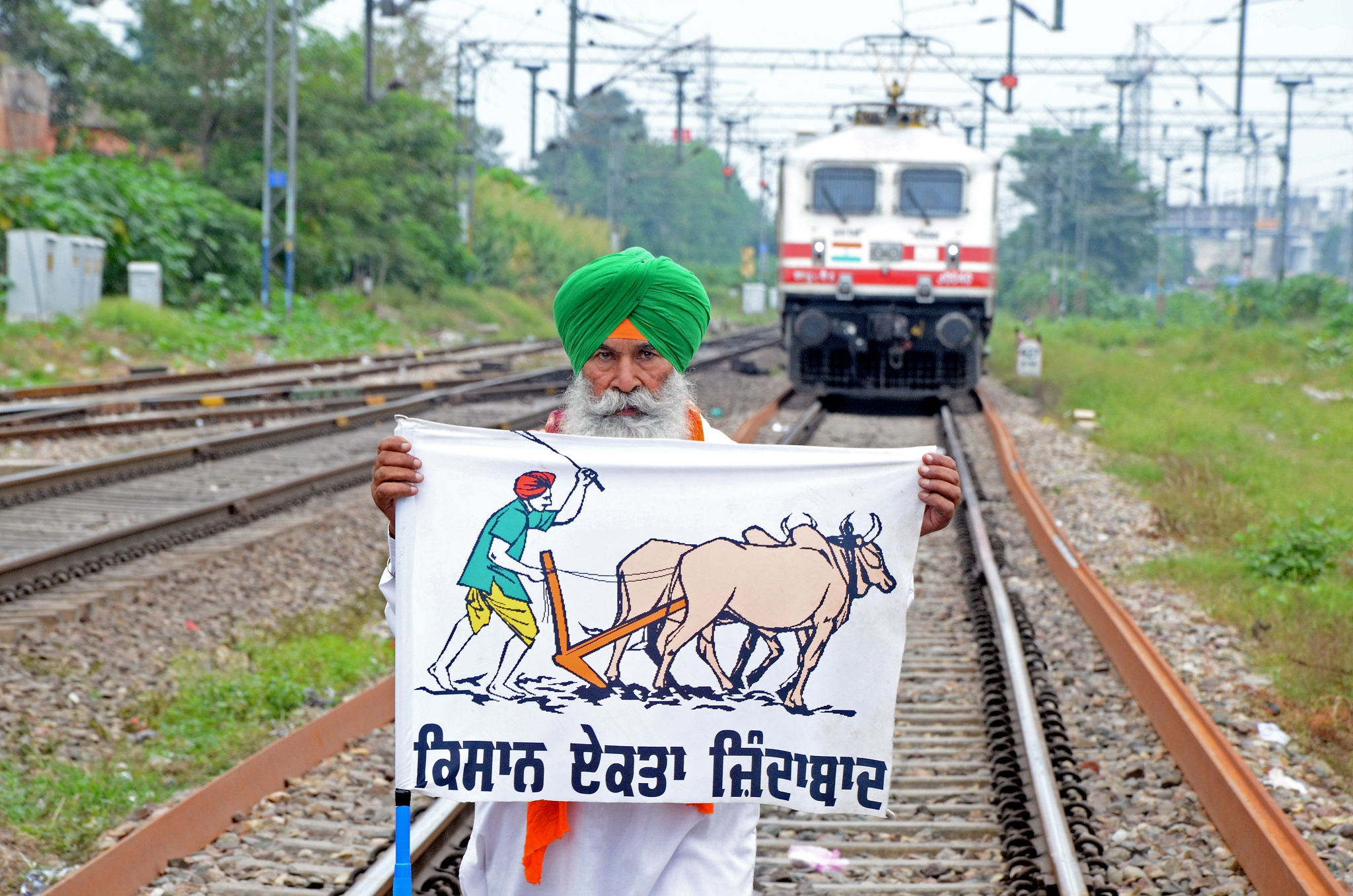 NEW DELHI: The ‘rail roko’ protest by farmers for six hours on Monday hit over 160 trains in eight states, mostly in north India. Such a massive disruption of the train services was a demand for the dismissal and arrest of Union Minister of State for Home Ajay Mishra Teni in connection with the killing of farmers in Lakhimpur-Kheri district of Uttar Pradesh on October 3.

As many as 63 trains were stopped before reaching the destination, while 43 trains were cancelled. The protest also hindered the schedule of 50 trains, according to the Northern Railways' Chief Public Relation Officer. The most affected regions were Punjab and Haryana.

The trains that have been affected in the Northern Railway zone include the Chandigarh-Ferozepur Express. Its scheduled departure from Ludhiana was 7 am, but it was stranded there until 4 pm when the farmers ended the blockade in the Ferozepur-Ludhiana section. The New Delhi-Amritsar Shatabdi Express was halted near Shambu station as protesters blocked railway tracks near Sahnewal and Rajpura.

The train which departed from Ahmedabad on Saturday will run on the changed route via Rewari-Delhi-Pathankot to Shri Mata Vaishno Devi Katra, he said. The Samyukt Kisan Morcha , an umbrella body of farmer unions that is spearheading the agitation against the Centre’s three agricultural laws, had said “protests will be intensified until justice is secured” in the Lakhimpur Kheri case.

Four farmers were killed in Lakhimpur Kheri on October 3 after they were mown down by a vehicle, allegedly driven by Ajay Mishra’s son Ashish Mishra, who is in the police custody. He was arrested on October 9, a week after the incident. Four other people were killed, including two Bharatiya Janata Party workers, a journalist and Ajay Mishra’s driver.