Farmers' Protest: PM Modi reaches out with his hands folded

The appeal came during a virtual conference with the farmers of Madhya Pradesh on Friday.
FPJ Correspondent 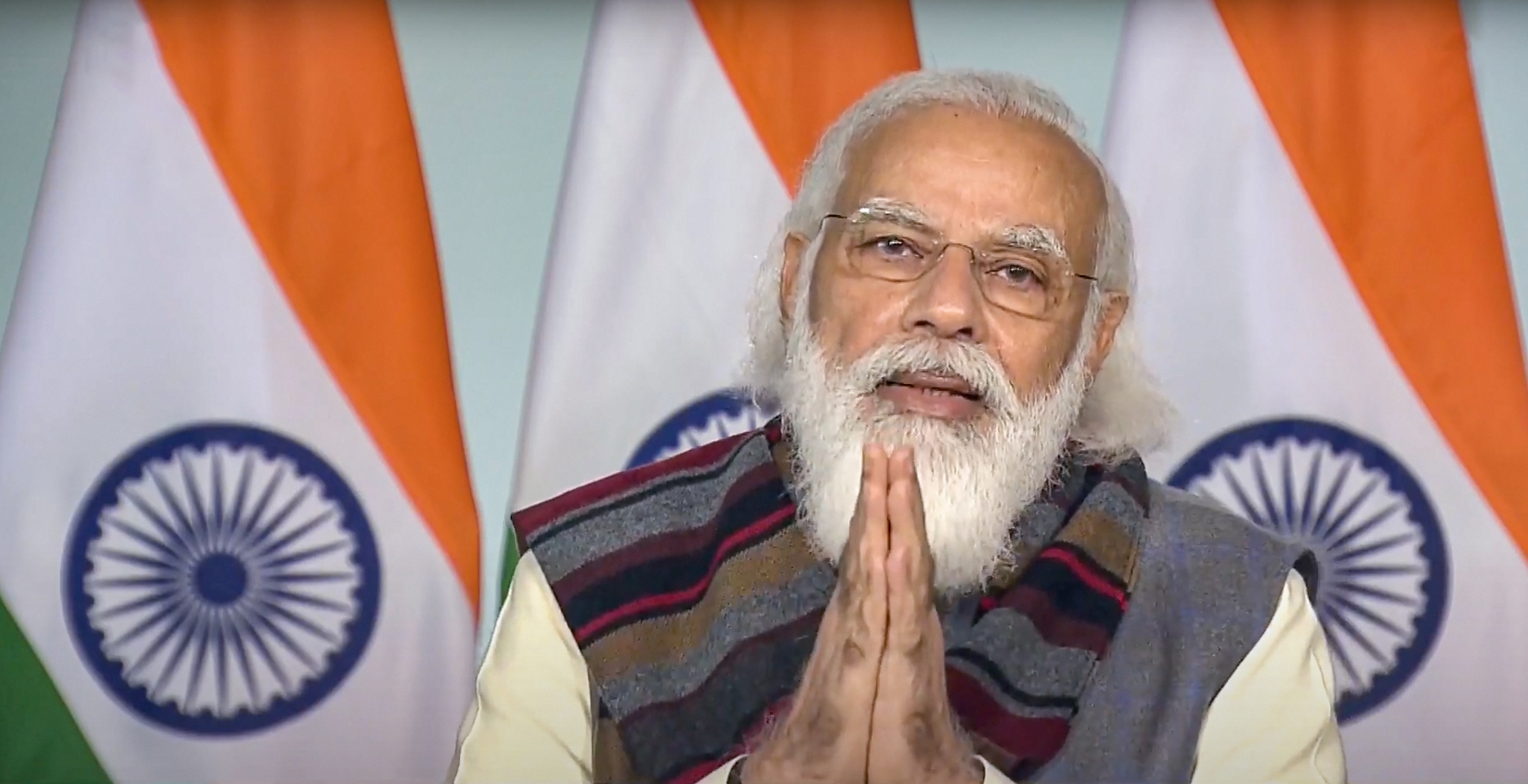 BHOPAL: Prime Minister Narendra Modi has said there cannot be a bigger lie than the assertion that the Minimum Support Price will be scrapped.

He requested the Opposition with "folded hands" to take all the credit they wished to, for the farm reforms they had reportedly promised in "election manifestos," but urged them to stop misguiding the farmers.

The appeal came during a virtual conference with the farmers of Madhya Pradesh on Friday.

The new laws will protect the farmers’ interests, he said, adding that those who are saying the farmers’ will lose their land have lost their political ground. The laws are being opposed only because his government has introduced them, the Prime Minister said.

The MSP has increased manifold since the National Democratic Alliance formed government at the Centre, the Prime Minister said.

The previous dispensation had swept the report of Swaminathan Committee under the carpet, but his government was implementing it now, Modi said.

His intention was as pure as the water of the Ganga and that of the Narmada, Modi said. It was the previous government which had reneged on its promise to write off farmers’ loans.

CONG LISTS ASSAULTS: The Congress on Friday asked PM Modi to implement his own recommendation for a legal guarantee on the minimum support price as the chairman of a working group when he was the Gujarat chief minister.

Its chief spokesman and general secretary Randeep Singh Surjewala lashed out at Modi for the anti-farmer acts of his government's anti-farmer orders, right since 2014 after coming to power.

He blasted the Prime Minister of for the farce enacted by talking to the farmers of Madhya Pradesh through video-conferencing, instead of listening to thousands of farmers staging protest on Delhi’s borders.

Stating that the Modi government has become a bigger trader than "East India Company," by helping a handful of capitalists to appropriate the money earned by the farmers, Surjewala listed the anti-farmer steps the government has taken over the years.

He said the first assault on the farmers came on June 12, 2014, when the Modi government wrote to the states that the Centre would not buy food grains at the MSP, if the state government gives any bonus over and above the MSP.

The second assault came in December that year when three Ordinances were issued to deprive the farmers of proper compensation, in lieu of takeover of their land.

The third assault was in February 2015 in an affidavit in the Supreme Court which said that the market will be ruined if the farmers were paid 50% above the MSP. In 2016, a crop insurance scheme was brought in and was touted as the best in the world, but it only helped a handful of capitalist private insurance firms to earn some Rs 26,000 crore between 2016 and 2019.

The fifth assault came in June 2017 when the then finance minister Arun Jaitley ruled out waiver of the farmers' loans, even while waiving 3.75 lakh crore arrears of a few capitalist. Surjewala also scoffed at the government giving Kisan Samman Nidhi of Rs 6,000 to the farmers, while the reality is that it has already jacked up the cost of farming by Rs 15,000 per acre by raising the diesel price and imposing GST of 18% on pesticides and farm equipment.

Surjewala said that since after the farm laws coming into force, the farmers are forced to sell their produce below the MSP rates, pointing out that the MSP on paddy (rice) was denied to as many as 83% farmers in Gujarat, 63% in Karnataka, 60% Telangana and 47% in Uttar Pradesh. The farmers were forced to sell their produce at throwaway prices, he said.

He also questioned how the farmers benefit from the decision to allow imports of 3 million tonnes of pulses.