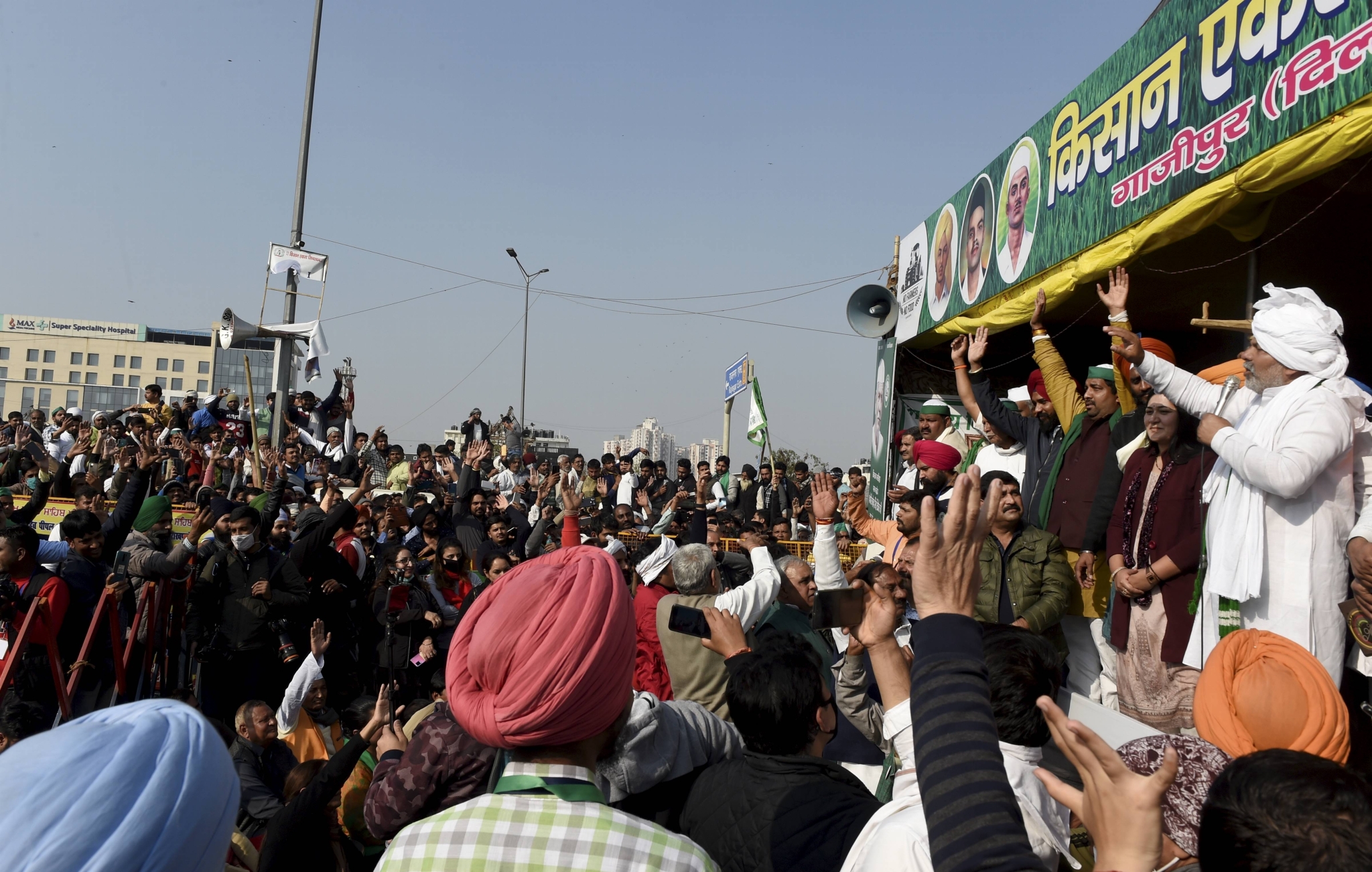 Lucknow: Facing criticism from all corners to add political colour to their agitation, the Bharatiya Kisan Union (BKU) did not allow Samajwadi Party and Rashtriya Lok Dal leaders to share dais with them during the third Kisan Mahapanchayat at Bijnor on Monday to ensure that their agitation remains apolitical.

A large number of farmers had gathered at Bijnor’s ITI ground on ‘Bijnor Chalo’ call given by BKU leader Rakesh Tikait. The crowd, however, started diminishing once they came to know that the BKU chief Naresh Tikait is not attending the Mahapanchayat. Gaurav Tikait, President of BKU Youth wing, represented his father there.

Before the mahapanchayat began, Samajwadi Party MLA Naim ul Hasan, former ministers Swami Omvesh, Mool Chandra Chauhan and party district president Rashid Husaain were seen comfortably sitting on the dais. But after objections were raised, the organizers asked them to vacate the dais and sit on the ground with farmers. “You all have come to support farmers then sit with them on the ground,” one of the organizers politely told them.

They told the RLD and SP leaders that their agitation was apolitical and will remain so.

“In the beginning the government had tried to weaken the farmers’ agitation by calling it a Khalistani movement. But after seeing the unity and strength of agitating farmers, they have offered to stay implementation of the Farm Laws for 18 months. We will continue our stir till the repeal of all three laws,” declared Gaurav Tikait.

“The government is now shifting blame on the Union Agriculture Minister. But we all know that nothing moves in the present government without permission from Prime Minister Narendra Modi. We have to remain united till we dislodge the government at the Centre and Uttar Pradesh,” said Chowdhary.