Family values acting as deterrent to IS: Rajnath 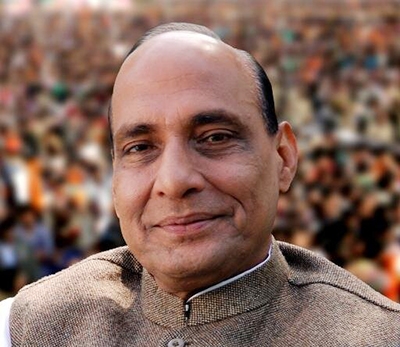 “A Muslim youth got caught in radicalisation in Mumbai and his parents came to me with the request to save him. Such are the values of our country. I have full faith that IS can never have supremacy in India.” – Rajnath Singh/ Home Minister

Lucknow : Union Home Minister Rajnath Singh on Sunday said that global terror outfit Islamic State (IS) has failed in its attempts to establish roots in India due to strong family values in the society which act as deterrent to radicalisation.

“Today, IS is being talked across the globe. But India is the lone country in the world where it has not been able to establish its roots due to family values of the Indian culture,” he said.

Citing an example, the Union minister said,”A Muslim youth got caught in radicalisation in Mumbai and his parents came to me with the request to save him. Such are the values of our country. I have full faith that IS can never have supremacy in India.” Singh was addressing a conference here. He said that it was a miracle of the country’s culture that Imams took out a procession against IS, reports PTI.

“It is our responsibility to preserve this culture. If we can keep it intact, no one can prevent India from becoming a superpower,” he said.

The Union Home minister said that the Britishers attempted to tell that India was cypher, but the concept of zero originated from here.

“India has given a lot to mathematics, medicine and astronomy. It has been the centre of knowledge even before foundation of Oxford and Harvard was laid,” he said. The Union minister said that life values of the country teach tolerance to the people. The values also teach not to discriminate of the basis of caste, religion and sect.

Singh said that India was the only country where all 72 sects of Muslims lived together. “It does not happen even in any Islamic country,” he said. “When the Persians were exiled from their own country, they were given most respect in India. It is the wonder of education and culture of this country,” he said.

Highlighting the importance of education, the Union minister said that without it, India could not be transformed into what was being dreamt about.

“The solution to unemployment is also education,” he said. However, Singh said that education alone could not resolve the problem if militancy and Left wing extremism. “Only knowledge of letters is not sufficient. We should have commitment to our values. We should have tolerance then only problems like these plaguing the world and the countrycan be sorted out,” he said.

Singh said that even youths with highest degree were involved in such activities and have lost their way.

“Education should be such that people were not disconnected from their roots,” he said, adding that education helped in socio-economic and cultural progress of a person. “Education gives so much power to a person, that he is not dependent on luck and faith,” he added.