The report was vetted by the fact-checking wing of the Press Information Bureau (PIB), the central government's media outlet.
FPJ Web Desk 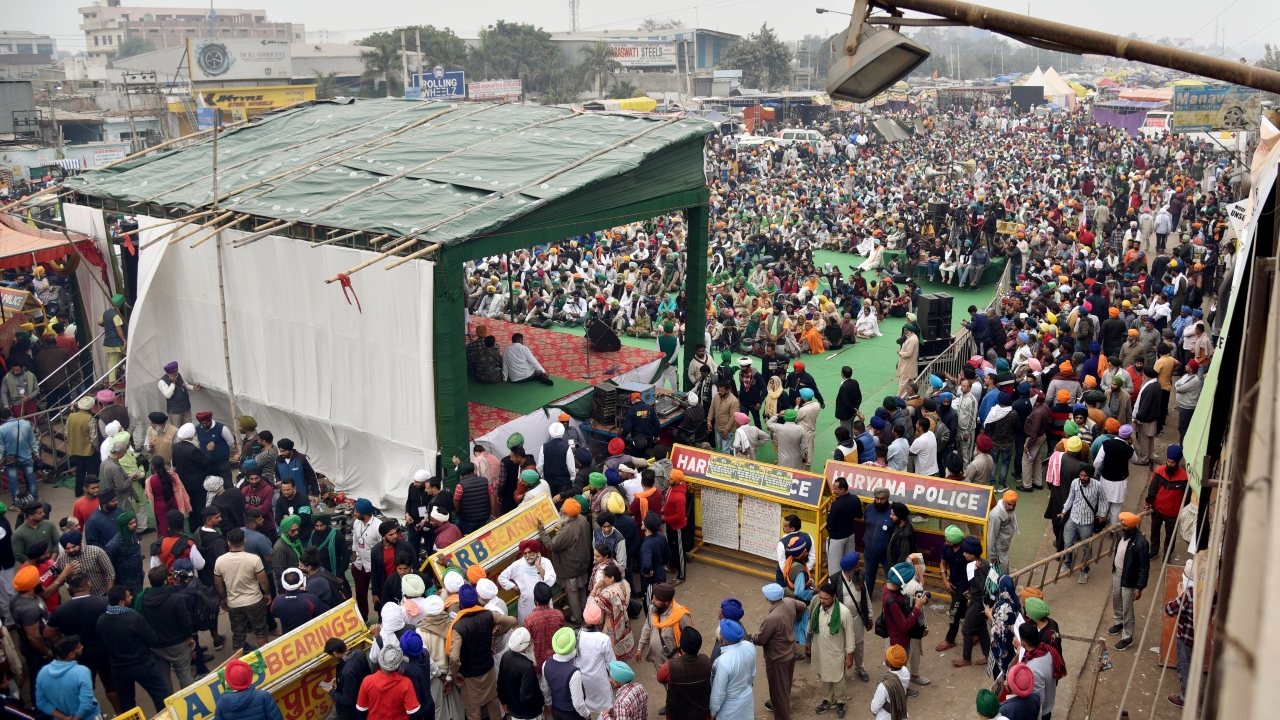 Farmers stage a protest against Farm bills at Singhu Border in New Delhi on Friday. | ANI

Even as the farmers' protest against the new farm laws entered its 17th day, India is still battling the menace of fake news, which is spreading like wildfire in these uncertain times through social media and instant messaging platforms.

For a while now, a message has been circulating on social media claiming that the Centre has installed jammers at the sites of the farmers' agitation, most notably at the Singhu border in Delhi, to contain the media exposure. However, the central government on Saturday took it upon itself to address the issue and clarify misconceptions on the same.

The image is mainly being circulated via WhatsApp, and also appeared on Facebook and Twitter later, as netizens wondered whether the claim is true.

The image, that is being circulated on social media, carries a supposed news report which claims that the Government of India has installed jammers at the Singhu border and other sites of farmers' protest, to suppress the news of the peasant movement and the 'Bharat Bandh' on social media.

The report also claims that the farmers are aware of these 'jammers' and have heavily condemned such repressive action, since it is well-known that the farmers' agitation has a considerable support base among netizens.

Notably, over the last few days, several protesters have also alleged that their mobile phones have been frequently losing connectivity and that it's getting difficult to go live on social media for uploading/downloading files.

A video, shared on Twitter by user @PriaINC on December 6, also shows a vehicle allegedly parked for the purpose of jamming internet signals from the protest site. The user accused the government of harassing "its own people" .

BJP Govt is evil. Internet jammers used at Delhi to sabotage #FarmersProtest There is no Govt in the world that harasses its own people like the BJP Govt. The protesting farmers are not in good health conditions. Also where is shameless AAP ka Sanghiwal ? pic.twitter.com/tf47DFnbwG

PIB clarification: No such steps have been taken by the central government

No such steps have been taken. In fact, the reported news was vetted by the fact-checking wing of the Press Information Bureau (PIB), the central government's media outlet, itself.

The PIB has clarified that the news is fake and that no such 'jammers' have been installed whatsoever by the central government.

No such jammers have been installed by the central government at the protest sites of the farmers' agitation, including at the Singhu border. It is especially important to stay vigilant of fake news in these trying times, since a lot of people are actually on the edge in the face of a high-profile protest movement and simultaneously, a grave health crisis.