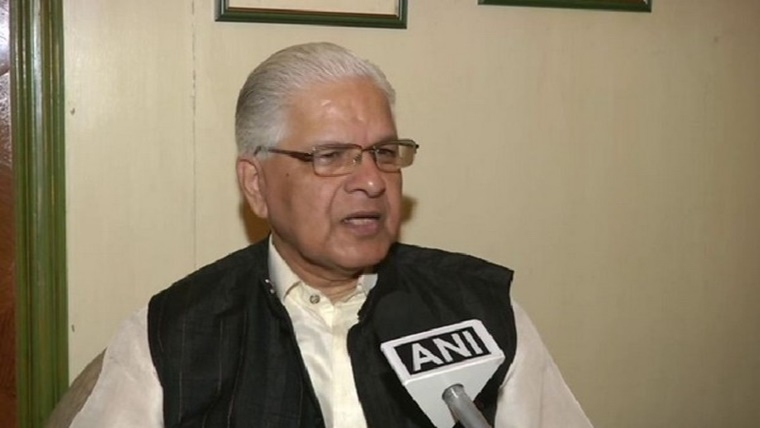 Former Union Law Minister and Congress leader Ashwani Kumar has written to Chief Justice of India SA Bobde and other Judges of the Supreme Court, urging them to take cognizance of a recent incident in which a stray dog nibbled at the body of girl inside a hospital in Uttar Pradesh, reported the Indian Express.

Ashwani Kumar was referring to the incident which took place on November 27. The videos of the disturbing incident have gone viral on social. The family of the victim has blamed the hospital for negligence, while the hospital administration has promised strict action against those found guilty.

"The visuals represent the ultimate callousness and insensitivity for the dignity of the dead, repeatedly affirmed by this Court as a non-negotiable right at the pinnacle in the hierarchy of fundamental rights," Kumar said in his letter, according to the Indian Express. FPJ Explains: What is Operation Trident and why does India celebrate Navy Day on December 4?

The senior Congress leader said previously the apex court had taken cognizance when the dumping of COVID-19 related dead bodies in a ditch was brought to its notice. Kumar said the nation looks to the apex court as the republic's moral and constitutional arbiter to exercise its moral authority and ensure that at least in death, citizens' right to dignity is respected.

"A uniform protocol to deal with dead bodies in the hospitals and mortuaries throughout the country needs to be put in place at the earliest in the present emergent and extraordinary situation. It is respectfully prayed that this court take suo moto notice at the earliest of the heart rending visuals on TV and issue suitable binding guidelines, directions, writ, orders as deemed fit to ensure that throughout the country necessary protocols are established to deal with dead bodies, particularly in hospitals and mortuaries consistent with the dignity of the dead," the letter stated.