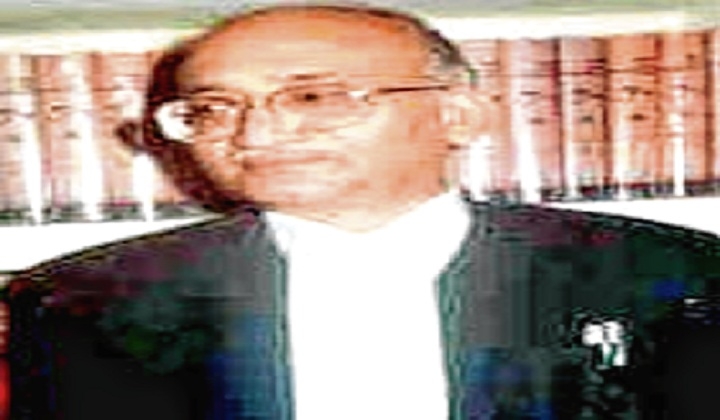 Lucknow: The Uttar Pradesh government on Sunday set up a one-member commission to probe into the gunning down of Vikas Dubey and his accomplices in police encounters and the ambush earlier in which the alleged gangster killed eight police personnel.

UP Governor Anandiben Patel appointed retired Allahabad High Court judge Shashi Kant Agarwal (in pic) to conduct the probe under the Commissions of Inquiry Act, 1952 and submit a report within two months, according to a government notification.

UP Police had claimed on Friday that Dubey was killed when he tried to flee from police custody after a road accident near Kanpur while he was being brought back from Ujjain, where he was arrested a day earlier.

Five of his accomplice died in other firefights with police following the ambush by his henchmen in Bikru village near Kanpur July 2 night.

The one-man panel will be based in Kanpur. It will also probe the gangster's "relationship" with police and people from various departments, a government state said. The commission will suggest ways to prevent the repetition of this in future, it said.

A plea has been moved by sub-inspector K.K. Sharma, who was arrested by the UP STF for tipping off Vikas Dubey and his gang about the police raid in Kanpur, seeking protection for himself and his wife from the Uttar Pradesh police. In the petition, Sharma contended that he apprehends danger for his life and liberty in lieu of the extra-judicial killing of Dubey and other alleged accused persons after being arrested by numerous teams of police in UP.

4 injured over Dubey debate: Meanwhile, four people were injured after two groups clashed amid a debate over Dubey's encounter, the police said. The incident took place in Derapur area of Kanpur Dehat on Saturday. While one group was justifying the encounter, the other opposed it, leading to verbal exchanges which took a violent turn.

FIR against BSP leader for maligning temple: An FIR has been registered against BSP leader and councillor Saddam Husen for allegedly calling the Mahakal temple in Ujjain "a hub of terrorists" after Dubey's arrest from temple premises.