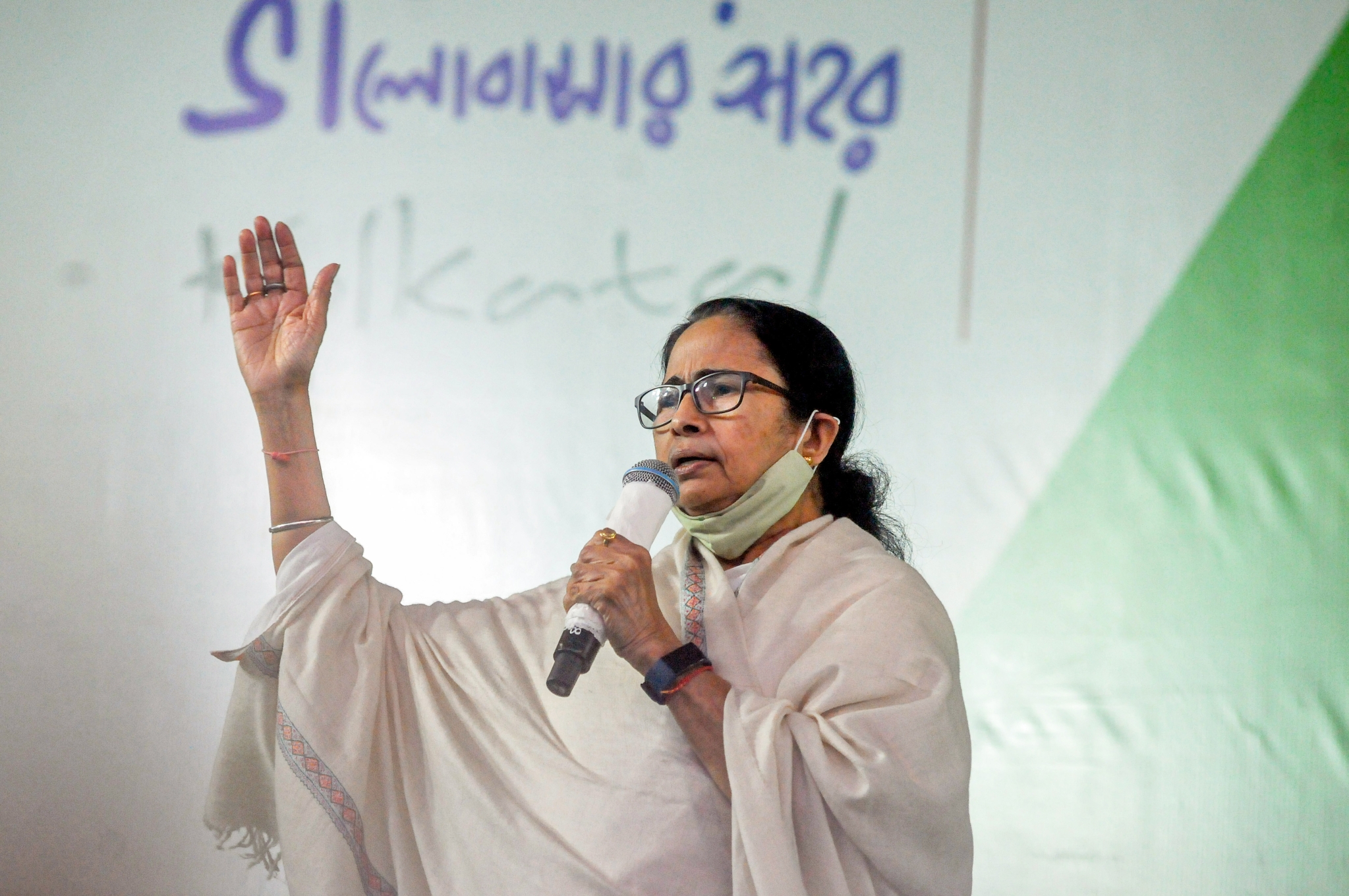 Kolkata: Chief Minister Mamata Banerjee while campaigning for the KMC polls in South Kolkata claimed that her government will provide drinking water through pipelines across the state by 2024.

The Chief Minister also claimed that by the next two years there will be no transportation problem in Kolkata as more flyovers and skywalks will be built.

Slamming BJP for just "playing politics ahead of polls", the TMC supremo claimed that she is "not BJP that will crush farmers".

“BJP planned the Lakhimpur Kheri incident that claimed so many lives but I while doing 26 days hunger strike over Singur issue had stopped a speeding truck otherwise it would have crushed several TMC leaders and supporters,” said TMC supremo.

Asking all the probable councilors to stay grounded, the Chief Minister asked them to address every problem of common people.

“I am always aware and try to solve the smallest problems faced by people. The councilors should also be aware that even if they are traveling somewhere, they should keep their eyes and ears open so that common people don’t face any problem,” instructed the party supremo.

Without naming taking potshots against the saffron camp, Mamata alleged that not just this state but several other states are ‘copying her white and blue painted state’.

“When I was painting my state with blue and white people sarcastically claimed that I am making Bengal Argentina but now when I visit Goa, Mumbai and even Karnataka I see even those states are painting their states with white and blue paints,” Mamata added.

Countering Mamata’s claim that Kolkata is the ‘safest’ city’, BJP national vice president Dilip Ghosh said that when common people will claim that women are safe in Kolkata only then Kolkata will be called ‘safest city’.

Meanwhile, Trinamool Congress national secretary Abhishek Banerjee during his roadshow in North Kolkata covering 11 wards said that ahead of the polls the sea of people had proven that TMC will win at least seven wards out of eleven.

“I have done several road shows but the acceptance that people have shown in today’s roadshow is unique. It is a clear indication that TMC will sweep the KMC polls. Looking at the love of the people I will personally look after the development of North Kolkata,” said Abhishek.