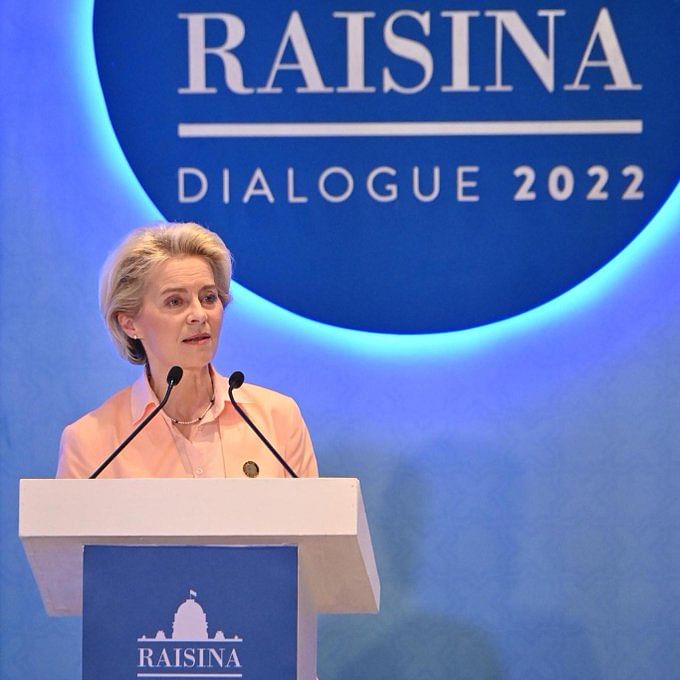 European Commission President Ursula von der Leyen said that strengthening and energising its partnership with India is a priority in the upcoming decades, noting that the core principles that underpin peace and security across the world are at stake.

"We all see rising challenges to our open and free societies. This is true for the technological and the economic domain. But it's also true for security. The reality is that the core principles that underpin peace and security across the world are at stake," the EU chief said highlighting the challenges that the democracies are facing currently.

"As vibrant democracies, India-EU share fundamental values and common interests. Together, we believe in each country's right to determine its own destiny. We believe in the rule of law and fundamental rights. We believe, that it's democracy that best delivers for citizens," EU President said at the seventh edition of the Raisina Dialogue.

"Democracy was born more than 2,000 years ago in Europe. But today, its largest home is in India. For the European Union's strengthening and energising, its partnership with India is a priority in the upcoming decade," she added.

Highlighting the fact that for the European Union, strengthening and energising its partnership with India is a priority in the upcoming decades, she said, "Both the economies thrive in the world of common rules in a fair competition. We share the same interest and safe trading routes, seamless supply chains, and a free-and open Indo-Pacific."

Explaining that the war in Ukraine will have an impact on Indo-Pacific, Ursula von der Leyen said, "Borders should be respected, spheres of influence should be rejected".

Taking on China and Russia indirectly, European Commission President said, "If we consider what it means for Europe and Asia, Russia and China have forged seemingly unrestrained pact. They've declared that friendship between them has no limits, no forbidden areas of cooperation. It was in Feb this year. Then, the invasion of Ukraine followed."

The EU President called on "all members of the international community for lasting peace" and reiterated that "this is a defining moment and the discussion at Raisina Dialogue will shape" the world.

"In Europe, we see Russia's aggression as a direct threat to our security. We'll make sure that unprovoked-unjustified aggression against Ukraine will be a strategic failure. Doing all we can to help Ukraine fight for its freedom. We imposed effective sanctions," she said.

"We'll continue to encourage Beijing to play its part in a peaceful and thriving Indo-Pacific region. The relationship between EU and China is strategically important and challenging. All at once, China is a negotiating partner, an economic competitor and a systemic rival," she continued saying.

The Raisina Dialogue, which started in 2016, is India's premier conference on geopolitics and geoeconomics committed to addressing the most challenging issues facing the global community. The conference is organised by MEA in collaboration with the Observer Research Foundation (ORF).

The dialogue, which was held virtually last year due to the COVID-19 pandemic, will be held in in-person format this year.

"Raisina Dialogue 2022 will have around 100 sessions with over 210 speakers from 90 countries. There will be side events that will be hosted in Berlin and Washington. Raisina young fellows programme will also be conducted on the sidelines of this main conference," MEA Spokesperson, Arindam Bagchi has said 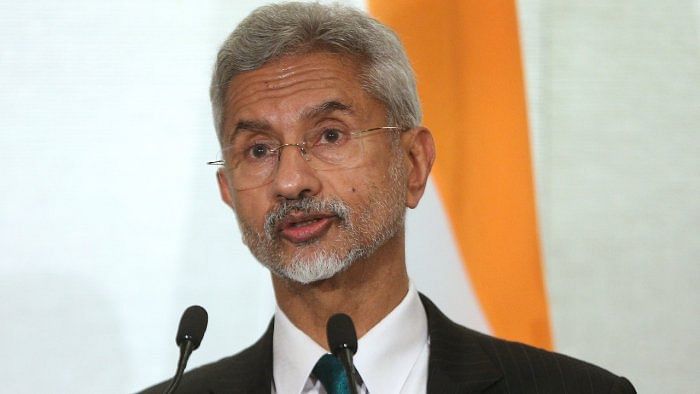