The BJP government in Gujarat released all the 11 people convicted for the rape of a pregnant Bilkis Bano and murder of seven of her family members during the 2002 Gujarat riots, under its remission policy

New Delhi: Congress leader Rahul Gandhi on Wednesday targeted Prime Minister Narendra Modi over the release of the convicts in the Bilkis Bano case and said the entire country is seeing the difference between his words and deeds.

He wondered what message is being sent out to the women of the country through such decisions.

The BJP government in Gujarat released all the 11 people convicted for the rape of a pregnant Bilkis Bano and murder of seven of her family members during the 2002 Gujarat riots, under its remission policy.

Visuals soon emerged of relatives greeting them with sweets and charan-sparsh, touching their feet for blessings, outside the Godhra jail.

"I feel glad to be out," Radheshyam Shah, the convict whose plea paved the way for the release, told news agency PTI, "I will be able to meet my family members and begin a new life."

"Those who raped a five-month pregnant woman and killed her three-year-old daughter were released during 'Azadi ka Amrit Mahotsav'. What message is being given to the women of the country by those who peddle lies about 'Nari Shakti'? "Prime Minister ji, the entire country is seeing the difference between your words and deeds," Gandhi said in a tweet in Hindi.

Bilkis Bano was 21 years old and five months pregnant when she was raped while fleeing the violence that broke out in the aftermath of the Sabarmati Express train burning incident at Godhra in 2002. Seven members of her family were murdered.

The case in 2002 had led to outrage, after which the Supreme Court ordered a probe by the Central Bureau of Investigation (CBI). The accused were arrested in 2004. Trial began in Ahmedabad but was transferred to Mumbai after Bilkis Bano said witnesses could be harmed

The special CBI court in Mumbai on January 21, 2008, convicted 11 men on charges of conspiring to rape a pregnant woman, murder and unlawful assembly under the Indian Penal Code.

In its 2018 order upholding the conviction of the accused persons, the High Court set aside the acquittal of those seven persons too.

Further, the Supreme Court in 2019 directed the Gujarat government to give Rs 50 lakh as compensation, a job, and a house to Bilkis Bano. 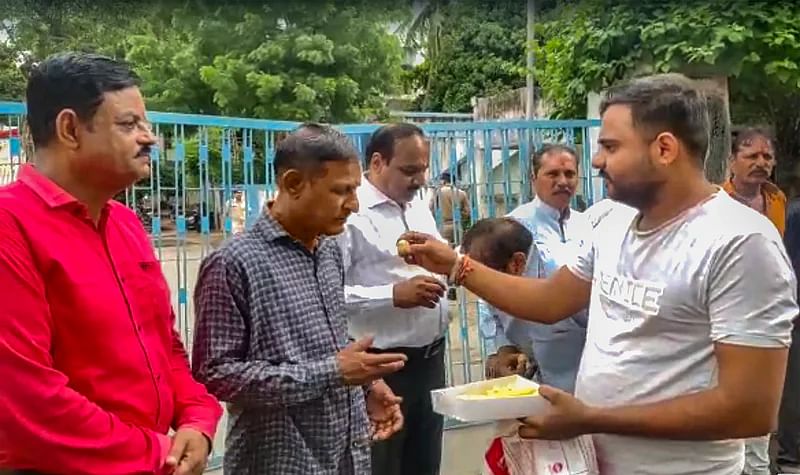