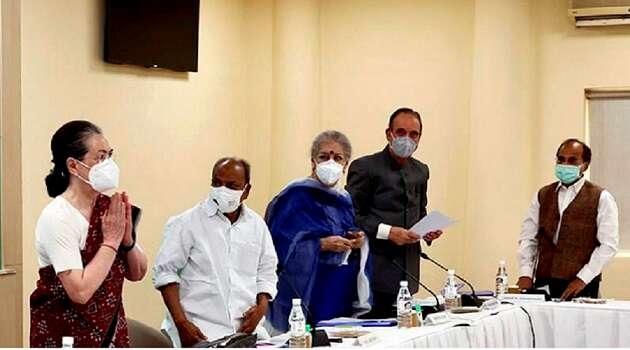 The Congress Working Committee (CWC) on Saturday put its stamp of approval on the main demand of the rebels, who carry the tag "Group of 23," to hold organisational elections of presidents, vice-presidents, treasurers and executives, right from the district to the state level.

The 4-hour long meeting, however, refused to take the bull by the horns and pushed the election of the national president under the carpet almost by a year; it will be conducted from August 21, 2022, to September 20, 2022.

As per the party roadmap, a regular president was to be elected by June 30, 2021, but the matter had to be abandoned indefinitely by the CWC on May 10, in view of the second wave of Covid-19.

Congress general secretary (Organisation) K C Venugopal said the election of the CWC members will be held in the plenary session of the AICC, as stipulated in the party constitution. He said the session will be probably held in September-October 2022. He shot down a question by a reporter on the possibility of a consensus on Rahul to take over now, saying the matter is infructuous since the poll schedule is already announced.

Chief spokesman and general secretary Randeep Singh Surjewala said the entire CWC expressed full faith in party president Sonia Gandhi and asked her to continue until her successor is elected.

The G-23 leaders found no reason to protest after the acceptance of their main demand for elections, thereby putting an end to the nomination culture.

Rajasthan Chief Minister Ashok Gehlot proposed in the meeting that former president Rahul Gandhi should take over as the party president. His proposal was endorsed by most of the members, prompting Rahul to reportedly respond that he will consider the demand. Ambika Soni and Mallikarjun Kharge claimed there was a consensus and unanimity for Rahul to take over.

I am a full-time and hands on party chief: Sonia Gandhi

While yielding to the demand of G-23 to hold elections at all levels within the party, Sonia Gandhi came down heavily on rebel leaders for airing their views through the media. She bluntly told them in her opening remarks that "there is no need to speak to me through the media."

She also scoffed at those who were calling her an interim president to make a case for election of a full-fledged party chief, saying that she is "acutely conscious of the fact.’’

‘‘She, however, asserted that "I am, if you will allow me to say so, a full-time and hands on Congress President."

In a resolution on the political situation, the CWC expressed its deep distress at the multiple challenges that face the country and the all-round failure of the Modi government in dealing with these challenges.

"The assault on democratic institutions completes the sad and shameless narrative of the Modi government as India is no longer regarded as a democracy. It has earned the label of electoral autocracy," the resolution said.

Stressing that it is the Congress party's duty to sound the alarm bell, the CWC resolution said: "We call upon all democratic parties and forces to join hands to resolutely oppose the Modi government in order to protect the values on which our country was founded and to advance the cause of the people." 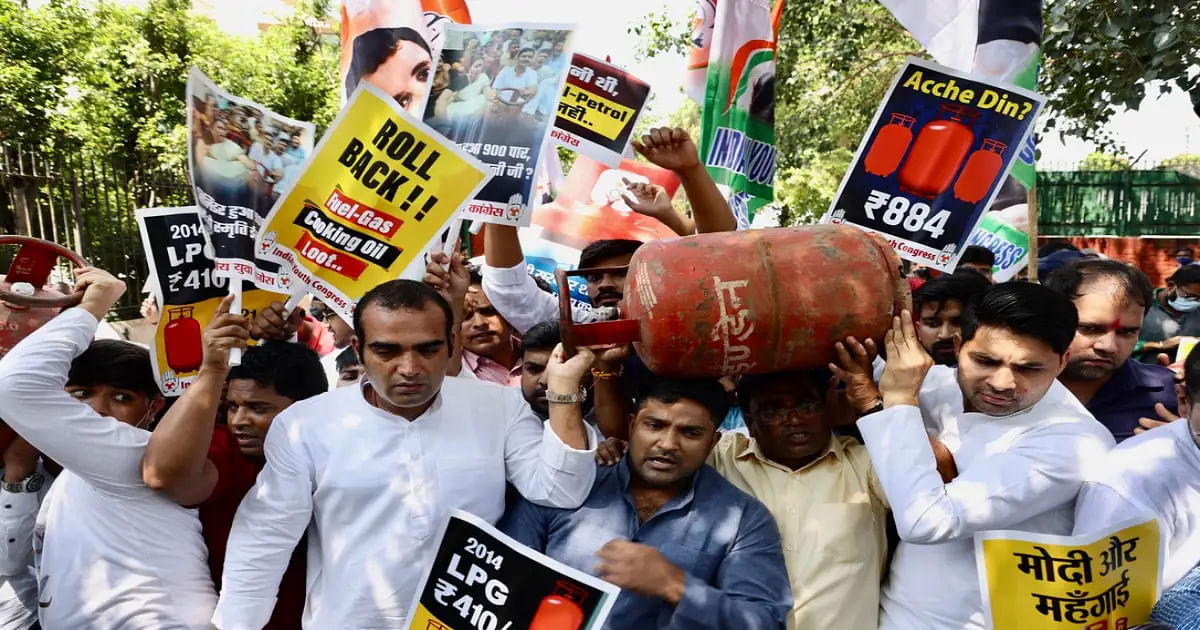