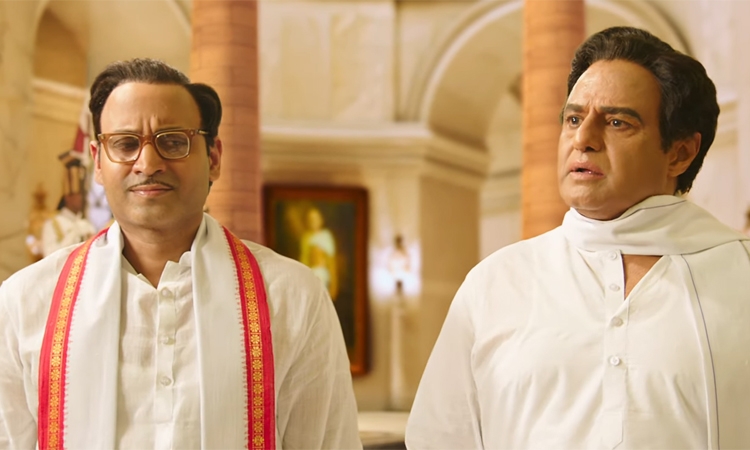 Amaravati: The Election Commission Tuesday directed film maker Ramgopal Varma Tuesday not to release ‘Laxmi’s NTR’, the biopic based on the life of former Andhra Pradesh Chief Minister N T Rama, reiterating its April 10 order not to screen it and another movie until further orders.

The biopic was planned to be released on May 1. State Chief Electoral Officer Gopal Krishna Dwivedi informed Varma, in reply to the latters letter, that the movie should not be released till the model code of conduct was in force. Dwivedi cited the Election Commission of Indias April 10 order related to biopics and said it should be adhered to.

The EC had on April 10 ordered the producers of ‘Laxmi’s NTR’ and ‘Udyama Simham’, the two biopics based on the lives of former Andhra Pradesh Chief Minister N T Rama Rao and Telangana Chief Minister K Chandrashekar Rao respectively, not to release the movies till further orders.

It had said that any biopic material in the nature of biography/hagiography sub-serving the purpose of any political entity or an individual entity connected to it, which is intended to, or which has the potential to disturb the level playing field during the elections should not be displayed in electronic media including cinematography during the operation of Model Code of Conduct.

‘Lakshmis NTR’ is based on the life of Telugu Desam founder and former Chief Minister N T Rama Rao. Following a ban imposed by the Andhra Pradesh High Court, the movie could not be released in the state early this month, though it hit the screens in all other places.

“It has been brought to the notice of the Commission that the said movie is publicized as a biopic of late N T Rama Rao, which purported to depict N Chandrababu Naidu, Chief Minister of Andhra Pradesh and a leader of a recognized political party, in a manner allegedly diminishing the electoral prospect of his party.

You are hereby directed not to exhibit the film till further orders,” the ECI had said in its April 10 order. As the general elections in the state were completed on April 11, Ramgopal Varma wrote to the CEO on April 25, requesting exhibition of “Lakshmis NTR” in Andhra Pradesh. The CEO, however, rejected Varmas plea and maintained that the film should not be released till further orders.