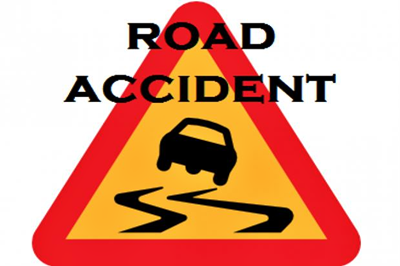 Banka: Eight persons were killed and a minor boy was injured today when a truck collided head-on with an auto rickshaw near Wahdiya mor in Banka district of Bihar today, police said. The accident took place when the auto rickshaw, carrying 11 occupants to Deoghar in Jharkhand, was hit by a truck coming from the opposite direction, Katoriya police station SHO Pravesh Bharti said.

While six persons died on the spot, two persons succumbed to injuries at Katoriya Referral hospital, the SHO said. The minor boy identified as one Santosh Yadav, who was seriously injured in the accident, has been admitted to Bhagalpur Sadar hospital, he said.

Those killed in the accident have been identified as Lukhiya Devi, Dhaneshwar Yadav, Chauya Yadav, Rajendra Yadav, Thakur Yadav, Jirwa Devi, Radhika Devi, the SHO said. The identity of one victim could not be ascertained so far, he said.

All the occupants of three-wheeler were residents of three villages namely Kaithakura Wahdiya, Manjhibi and Phulidumar under Katoriya police station limits of the district, he said. The bodies have been sent to Banka Sadar hospital for post-mortem, he said.