Education is important but hijab is most important to us: Students protest against Hijab ban in Karnataka's Kodagu

Kodagu: Around 20 students from Karnataka's Kodagu district protested against the ban of hijab in the Karnataka Public School in Nelle Hudikere. This happened when the school administration tried to stop the students from wearing hijabs and asked them to remove that before attending the classes. In a reaction to this, the students refused to remove and instead walked out of the school and started protesting.

A man whose niece is a student said, "I'll bring my niece to school only after the court verdict. Education is important but hijab is most important to us".

Notably, in another incident of protests, a student from the Shivmogga district has threatened to boycott her examinations if she is not allowed inside the examination hall wearing a hijab. This came after schools in Karnataka were reopened opened after a brief shut down of five days due to the intense agitation.

The girl reportedly went to school wearing a hijab to sit for her class 10 examinations when she was restricted from entering the classroom. Following this, she boycotted the exams and walked out of the school saying that she would prefer to stay in hijab rather than giving examinations.

As schools till Standard X reopened across Karnataka on Monday, the instructions for Muslim girls were clearly laid out by many institutions — remove the hijab if you want to attend classes. Reports coming in from many places stated that Muslim students were refused entry to school premises if they did not remove their hijab.

Schools in the Udupi district, where the protests began last month after pre-university students in some government colleges were barred from entering classrooms with headscarves, recorded normal attendance, according to the officials from the education department. 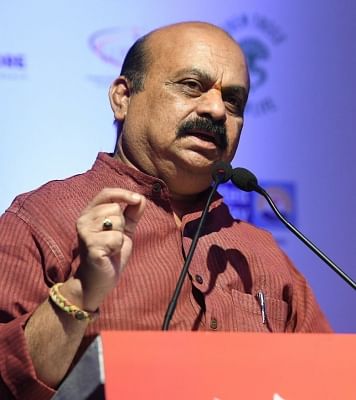 HomeIndiaEducation is important but hijab is most important to us: Students protest against Hijab ban in Karnataka's Kodagu