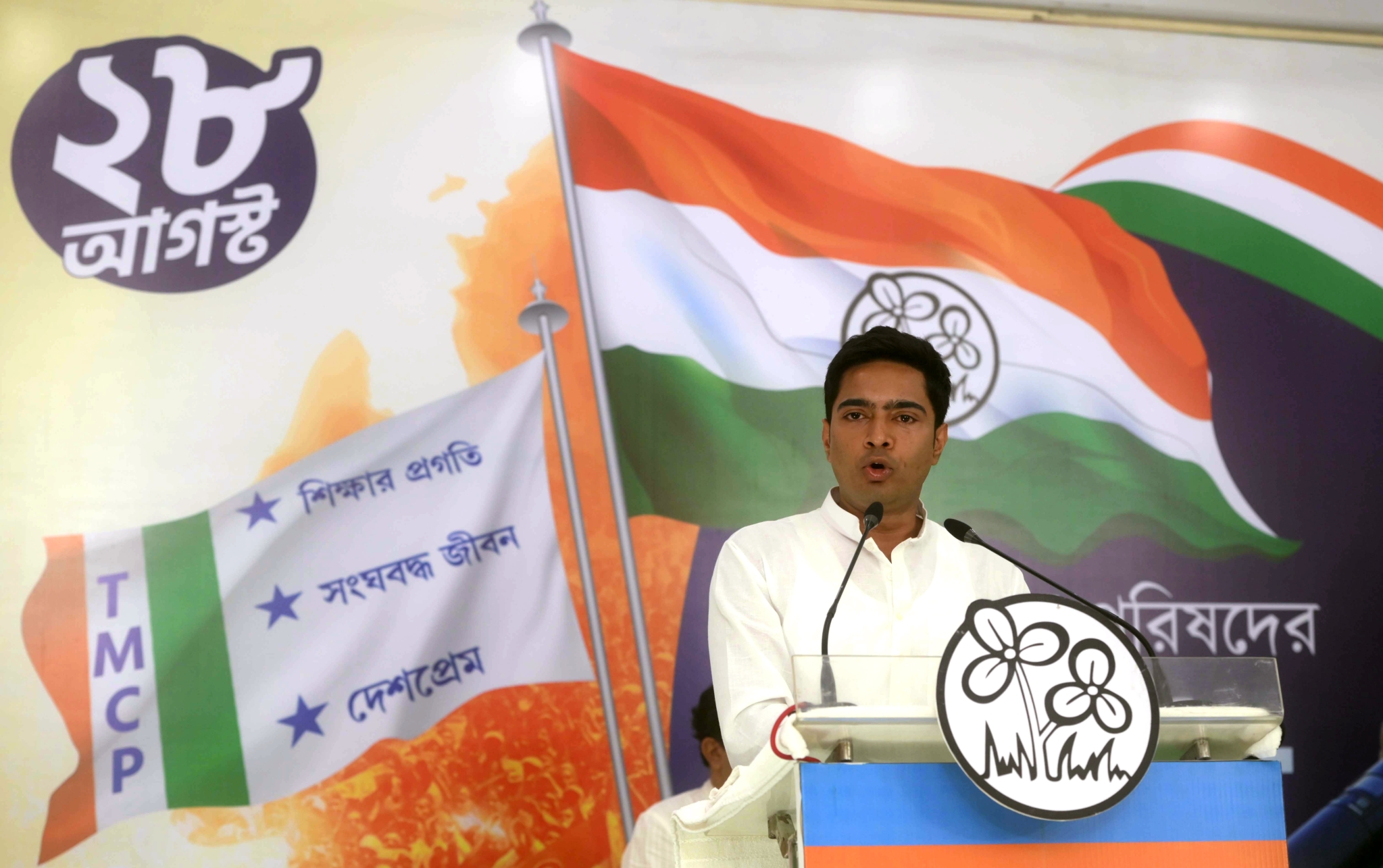 Kolkata: The Enforcement Directorate (ED) on Saturday summoned TMC national general secretary Abhishek Banerjee and his wife Rujira Narula to the national capital with their bank details in connection with the alleged money laundering in a coal scam in West Bengal.

According to sources, Abhishek has been asked to appear before ED on September 6 and his wife on September 1.

A case was filed by ED after taking cognizance of an FIR registered by the CBI in November 2020 against Rujira and Abhishek in the multi-crore Asansol coalfield scam.

Taking on Union Home Minister Amit Shah, Abhishek said that Shah cannot stem the growth of TMC by taking recourse to investigative agencies. “TMC is growing outside West Bengal and has already stepped up its activities in Tripura. This fight against the BJP will end in New Delhi. I challenge Shah: Even if you try to stop us, we will be victorious. Tripura will witness ‘Duare Sarkar’ (government at doorstep) and not ‘Duare Gunda’ (goons at doorstep),” he said.

On February 21 morning, a CBI team had visited Banerjee’s residence and summoned his wife and sister-in-law in connection with the scam. The CBI officials later said that they were not satisfied with his wife’s replies.

The CBI had earlier claimed that Abhishek is the direct beneficiary of the scam.

This case, registered under criminal sections of the PMLA, was filed by the ED after studying a November 2020 FIR of the CBI that alleged a multi-crore coal pilferage scam related to Eastern Coalfields Ltd. mines in the state's Kunustoria and Kajora areas in and around Asansol.

Local coal operative Anup Majhi alias Lala is alleged to be the prime suspect in the case.

The ED had earlier claimed that Abhishek Banerjee was a beneficiary of funds obtained from this illegal trade.

He has denied all charges.

The agency has made at least two arrests in this case. One of them is Vikas Mishra, the brother of TMC youth wing leader Vinay Mishra. Vinay Mishra is stated to have left the country sometime back and probably has also renounced his Indian citizenship.

The second person arrested by the ED in the case early this year is former Inspector in-charge of Bankura police station Ashok Kumar Mishra.

Quoting the recorded statement of an unidentified "close associate" of Majhi, the ED had earlier alleged that prime suspect Majhi had been running his "illegal coal mining business smoothly by managing senior functionaries of political party of West Bengal though Inspector Mishra."

The statement of this unidentified "witness" furnished by the ED in the remand note stated that "it is known fact that Vinay Mishra collected money from illegal coal mining of Majhi and his associates for his closely associated political boss in present ruling party; that Vinay Mishra is youth leader of TMC and he is very close to Abhishek Banerjee and that he (Vinay Mishra) is the eyes and ears of Abhishek Banerjee."

The agency had claimed that documents seized by it show that "Majhi assisted in transferring substantial funds derived from the proceeds of crime to Shri Abhishek Banerjee's close relatives (wife and sister-in-law) at London and Thailand."