India has been in touch with all the leading countries in the Gulf region including United Arab Emirates, Qatar, Saudi Arabia and Iran over the developments in Afghanistan
PTI 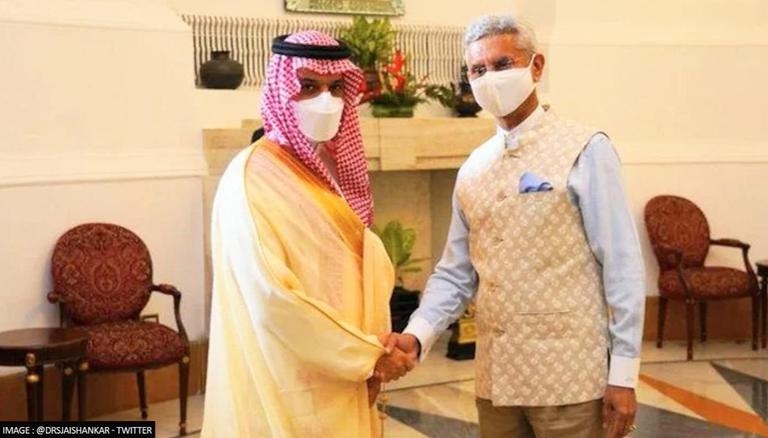 External Affairs Minister S Jaishankar on Wednesday held a telephonic conversation with his Saudi Arabian counterpart Faisal bin Farhan Al-Saud with a focus on developments in Afghanistan and the resumption of travel between India and the Gulf nation. Jaishankar is currently on a visit to Singapore.

"Good to talk to Foreign Minister of Saudi Arabia @FaisalbinFarha. Discussed resumption of travel and developments on Afghanistan," he tweeted.

Jaishankar began his Singapore visit by meeting S Iswaran, the transport minister of the country.

Jaishankar's talks with the Saudi foreign minister assumes significance as it took place a day after newly-appointed US special representative for Afghanistan Thomas West visited India.

India has been in touch with all the leading countries in the Gulf region including United Arab Emirates, Qatar, Saudi Arabia and Iran over the developments in Afghanistan after its take over by the Taliban.

New Delhi has been calling for a unified global response to bring about desired changes to the Afghan situation and holdig that the territory of Afghanistan must not become a source of radicalisation and terrorism, regionally or globally.

India has been particularly seeking steps based on the UN Security Council Resolution 2593 to improve the situation in Afghanistan. The UNSC resolution, adopted on August 30 under India's presidency of the global body, talked about the need for upholding human rights in Afghanistan, demanded that Afghan territory should not be used for terrorism and that a negotiated political settlement should be found out to the crisis.

India hosted a regional dialogue on Afghanistan on November 10 that was attended by NSAs of Russia, Iran, Kazakhstan, Kyrgyzstan, Tajikistan, Turkmenistan and Uzbekistan.

In the dialogue, the participants vowed to work towards ensuring that Afghanistan does not become a safe haven for global terrorism and called for the formation of an "open and truly inclusive" government in Kabul.

A declaration released at the end of the Delhi Regional Security Dialogue on Afghanistan said Afghan territory should not be used for sheltering, training, planning or financing any terrorist acts and that officials lent strong support for a peaceful, secure and stable Afghanistan.

Referring to the looming humanitarian crisis in Afghanistan, the officials also pitched for providing assistance to the Afghan people in an unimpeded, direct and assured manner.