Dubey in videos: I’m Mr Clean… BJP MLAs saved me from police in 2017 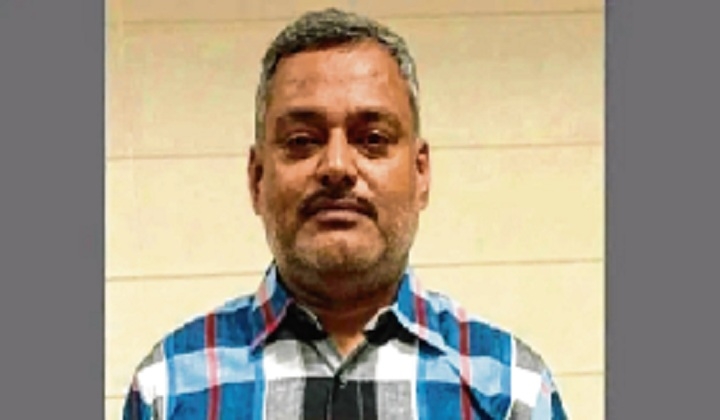 The man, who stands accused of last Friday's ambush in which eight cops lost their lives when they went to catch him, continues to be at large despite several teams sweating out across the nook and corner of the State.

The government raised the prize on his head from Rs50,000 to Rs2.5 lakh on Monday. His posters were pasted across Indo-Nepal borders and toll plazas. The police also arrested one Jai Thakur and his wife who allegedly handled Dubey's multi-crore underground business.

On Monday, an old video emerged in social media in which Vikas was heard saying that he had no relations with crime and criminals and the cases against him were a result of his growing popularity which made his rivals jealous.

In another video, allegedly recorded by a Special Task Force that had arrested Dubey in 2017, Vikas is seen talking about his links with two present BJP MLAs from Kanpur.

“BJP MLA Abhijeet Sanga and Bhagwati Sagar helped me when I faced police action in 2017,” Vikas in the purported video claimed.

Sanga and Sagar both have vehemently denied having any links with the gangster and demanded that the alleged video should be investigated.

“Several times, I have recommended action in cases where Vikas Dubey was supporting the other parties," Sanga, MLA of Bithoor, told mediapersons.

He has filed a police complaint against Dubey for maligning his image.

Sagar, BJP MLA from Bilhaur, also claimed, “I had not pleaded in any case against Dubey. This video is a mischievous attempt to malign my image.”

It has emerged that slain DSP Devendra Kumar Mishra, who was working as the Billhaur circle officer, had allegedly in a letter in March this year alerted the then Kanpur SSP Anant Dev Tiwari about the dealings between Chaubepur SO Vinay Tiwari and the gangster. Anant Dev Tiwari is now DIG in STF and handling Vikas Dubey's case. He is likely to face a probe.

While no action was taken against Tiwari, Mishra was killed and his leg was chopped off in last week's ambush.

As the purported letter went viral on Monday, DSP Mishra's teenage daughter demanded a CBI probe to unearth the truth.

The teen, who wanted to become a doctor, said that she would try to join the police to bring her father’s killers to book. However, Talking about the incident, Kanpur SSP Dinesh Kumar P told the media on Monday: “We have not been able to trace any such letter or file submitted by late Mishra. There was no “entry” in this regard in our office.”

Meanwhile, three more UP cops have been suspended over suspicion of being informants. Their links were revealed through call data records.

About 30 policemen are under investigation. While Dubey’s vehicles and house in Bikru village was bulldozed, the police claimed they found a bunker, several weapons hidden in walls and even explosives.

Noida: The Gautam Buddh Nagar Police on Monday continued its action against the regional mafia for the third consecutive day as it attached properties worth Rs 2 crore of four gangsters, officials said. The police have attached gangsters' properties worth Rs 13 crore in three days, the officials said. The clampdown on the mafia started following the killing of eight policemen in Kanpur by Dubey’s men.