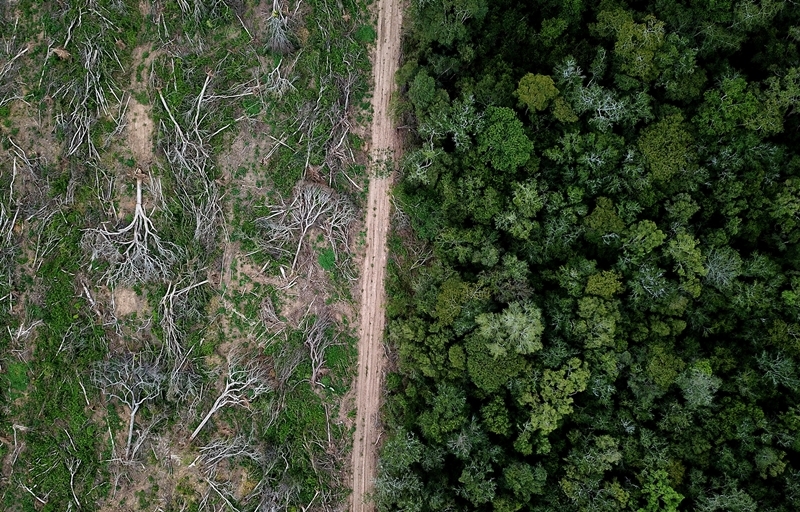 Uttar Pradesh has witnessed a rise of about 125 sq km of forest cap in last two years (from about 14,680 sq km to 14,805 sq km now) due to the massive plantation drives, says the report based on satellite data compiled by the Union Environment Ministry biannually.

While UP's picture looks encouraging, a deep dive into the statistics reveals that over a dozen districts, including international tourist destinations -Agra and Mathura- have lost forest cover in a big way.

Over 9.4 sq km forests have been wiped out in Agra between 2017 and 2019. The city is known for Mughal era monument Taj Mahal, one of the seven wonders of the world, which attracts 6.5 million tourists from across the world annually.

Mathura, which is believed to be the birthplace of Lord Krishna and attracts over 100 million pilgrims and tourists every year, too has lost over 3 sq km of forests in the same period.

New highways, widening of roads and real estate projects are being blamed for the green loss. Besides, UP has also lost 100 sq km of tree cover (outside forests) in two years.

The decline in green cover leaves a long-term impact on air pollution, bio-diversity and climate of these areas. Trees help absorb green-house gases that is needed to maintain the temperature of the earth. Some tree species also absorb particulate matter and keep the air clean.

Air and water pollution in Agra are already a cause of concern as they have left a considerable impact on the beauty and strength of Taj over the years, as per various reports and National Green Tribunal orders.

The maximum forest damage has been recorded in Kanshiram Nagar (Kasganj -19.2 sq km) followed by Badaun (-13 sq km) and Lalitpur (-5.7 sq km). Most of the losses have been recorded in the open forests category.

The report states, in last four years, over 163 hectares of forest land in the state was diverted for non-forestry purposes.

“While the political will to restore afforested land has increased, actual restoration is yet to gain traction. Most restoration takes place outside of natural forest.

Forestlands continue to be converted into other commercial land uses. This means short-term profits of development still trump the long-term benefits of forest conservation,” a forest official told FPJ.

Green activist Santosh Bajpayi slammed the FSI report, “The satellite data is not much reliable. Moreover, this exercise is conducted by the forest ministry only, which is unlikely to point out own flaws.”

He adds, “When forests are being diverted for projects on large scale, it is unlikely that forest covers in the state have gone up.”