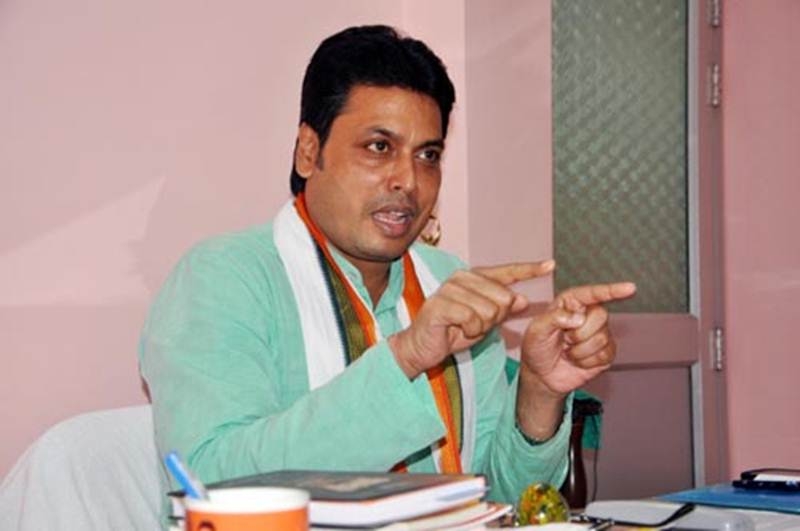 Tripura Chief Minister Biplab Kumar Deb has sparked a controversy after he asked civil service officials and executives to work for the people without "worrying about contempt of court" as the government is not run by the court.

Biplab Kumar Deb’s comments came at the 26th biennial conference of the Tripura Civil Service Officers’ Association at Rabindra Shatabarshiki Bhawan on Saturday. A video of his speech has gone viral on social media.

While addressing the 26th biennial conference of the Tripura Civil Service Officers' Association in Agartala, Deb said: "We are a 'by the people government' and not by the court government. The court is for the people and people are not for the court."

"I have been told by many officers that they cannot perform a particular task because doing so will cause a contempt of court. Why fear that? The court will give its judgment, but the police will implement that. The police are under my control. Police have several methods and I am witness to that end," said Deb.

He also mentioned that despite repeated caution by his former Chief Secretary on the ground of contempt of court, his Cabinet took the decision for the ad hoc promotion of the government officials, which is a long-pending issue in the Supreme Court.

"Even the Chief Secretary used to say this cannot happen. But I was firm that it is a Cabinet decision and has to happen. How long can I keep them sitting? It was injustice toward those who go for retirement without getting their due promotion. They feared it would be contempt of the court as if contempt of the court is like a tiger. I am a tiger, the person who runs the government and is the main person in the party in power and possesses the total power," the CM said.

Deb also quoted former Lok Sabha Speaker Somnath Chatterjee that the Court is for implementation of the laws which are made by the Legislature.

Taking to Twitter, Abhishek Banerjee shared Deb's speech and said: "@BjpBiplab is a DISGRACE to the entire nation! He shamelessly mocks Democracy, MOCKS the JUDICIARY and seemingly gets away with it! Will the SUPREME COURT take cognizance of his comments that reflect such grave disrespect?" 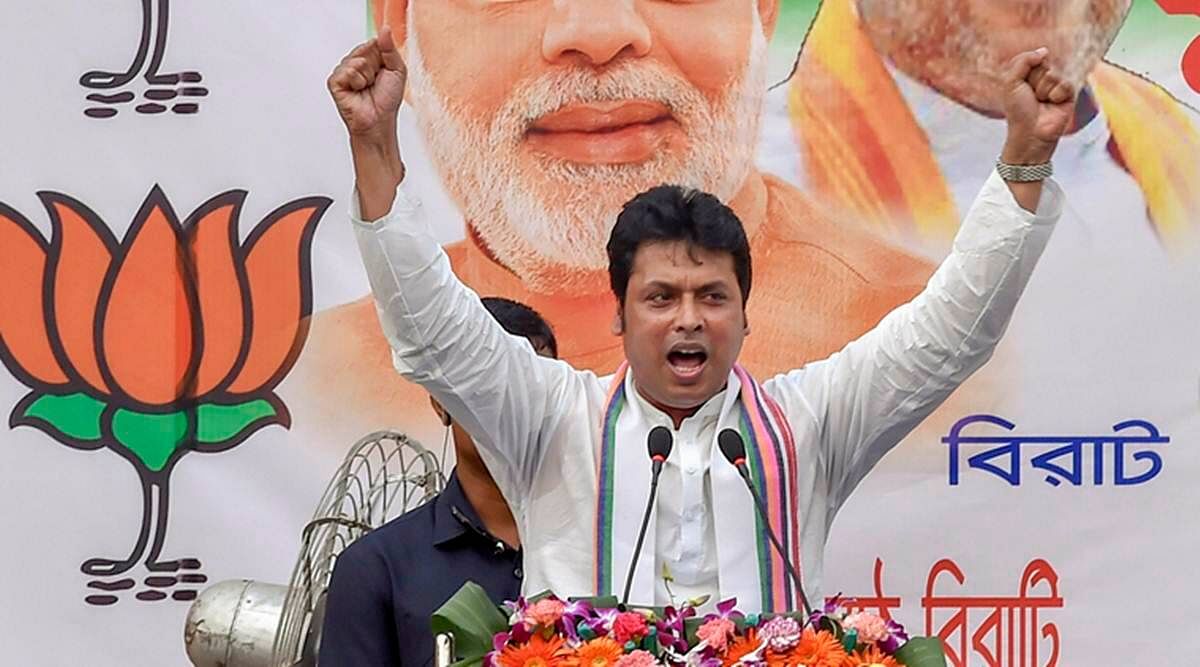