Didn’t give nod for documentary on Dec 16 gangrape: Shinde 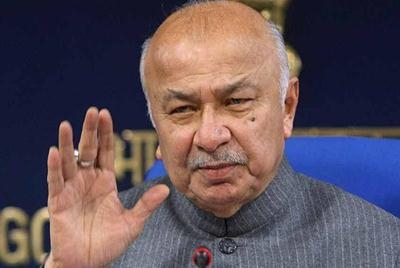 Hyderabad: Former Union Home Minister Sushilkumar Shinde today sought to distance himself from the the ministry’s decision to grant permission for shooting of the controversial documentary featuring a convict in the December 16 Delhi gangrape case inside Tihar Jail. “I had not given any such permission. No paper had come to me. I have no knowledge about it,” he said responding to queries about the Home Ministry granting permission for the shoot when he was at the helm. “Don’t accuse Home Minister (Rajnath Singh). Home Minister has not taken my name. You are taking my name. This is totally wrong,” he said, retorting sharply.

Shinde said he had seen the Parliamentary proceedings wherein Home Minister Rajnath Singh had made no reference to him. “I observed the conversation in the Rajya Sabha. Mr Rajnath Singh has not mentioned my name. It (the permission) might have been given by somebody…I don’t know,” he said. Making a statement in both Houses of Parliament, Singh said today that the ‘no objection certficiate’ to shoot the documentary was given by his Ministry in July 2013.

Though he did not name Shinde, the senior Congress leader helmed the Ministry at that time. According to an official, a Joint Secretary in the Home Ministry Suresh Kumar had given the letter to the makers of the documentary, saying the government did not have any objection to the shooting in the high-security prison.

Singh, however, said several conditions on which the permission was granted had been violated and gave an assurance that the government would order a probe to fix the responsibility for allowing the shooting of the controversial documentary showing the convict Mukesh Singh.

Shinde was here to attend the wedding engagement of Tollywood actor Manchu Manoj, son of former Rajya Sabha member and actor-producer-director Mohan Babu. There was commotion during Shinde’s interaction with the media when Mohan Babu pushed aside the mike of a television journalist to prevent him from asking further questions, saying the Congress leader had come on a private visit.