After reaching the rehabilitation center, the elephant was well fed, given a proper bath and was examined by the veterinarians.
ANI 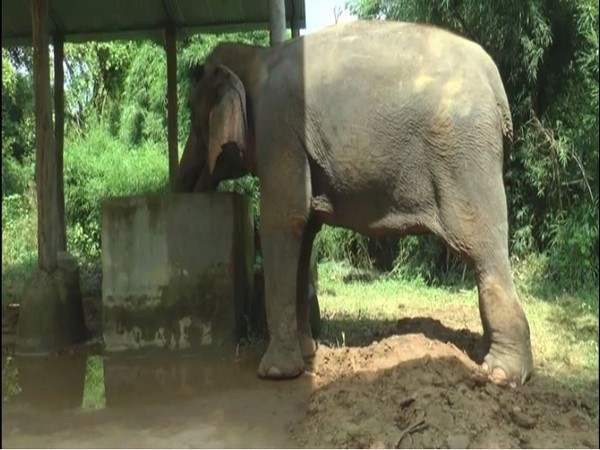 Yamunanagar: National Capital's last elephant, Lakshmi, who was rescued from near East Delhi recently, was sent to a rehabilitation center in Haryana on Friday morning.

After reaching the rehabilitation center, the elephant was well fed, given a proper bath and was examined by the veterinarians.

"She was brought here at around 6 in the morning. We have trained mahouts who will take care of Lakshmi. We have a staff which will ensure that the elephant does not face any problem here," said Inspector Sultan Singh, Ban Santour rehabilitation center.

At present, this center is taking care of five elephants including Lakshmi. "She is the fifth elephant here. Lakshmi was brought here as the owner failed to produce original documents to the Delhi police. We will vaccinate her and will take proper care of her," said Jaydev, Inspector Ban Santour rehabilitation center.

On Tuesday night police traced and rescued Laxmi from near east Delhi's Akshardham temple and also arrested mahout Saddam on charges of fleeing with the jumbo on July 6.

Two months ago, an FIR was filed when Laxmi went missing after the caretaker allegedly spirited her away.

Laxmi is Delhi's last elephant, was sent by forest department officials to a rehabilitation center. This was in accordance with a Delhi High Court order which stated that elephants in Delhi should be kept away from human habitation as it does not provide a natural habitat for these animals.