'Delhi's AQI was in the hazardous zone even before crackers came out': BJP hits back at Delhi Environment Minister Gopal Rai for blaming Centre for bursting of firecrackers 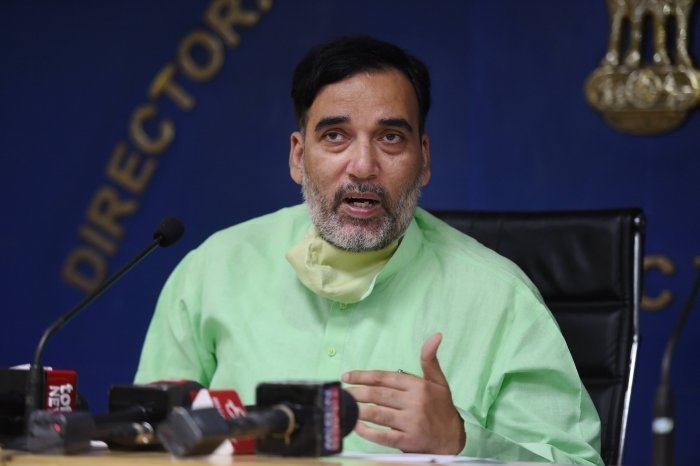 The BJP on Friday hit back at Delhi Environment Minister Gopal Rai for blaming the party for bursting of firecrackers by people on Diwali despite a ban and alleged that the Arvind Kejriwal government has failed to curb air pollution.

National in charge of the BJP's IT department Amit Malviya said Rai was trying to make Chief Minister Arvind Kejriwal look good in the background of ''hazardous'' air quality in Delhi.

''Delhi's AQI was in the hazardous zone even before the crackers came out. Anyone suggesting otherwise is trying to make Arvind Kejriwal look good, who had unleashed a diabolical campaign to dissuade Delhiites from bursting crackers.

Poor air quality is a result of anything BUT Diwali,'' he tweeted.

The people of Delhi by bursting crackers on Diwali night have given a befitting reply to the ''Aurangzeb influenced'' political thinking of Rai.

Delhi BJP leader Neelkant Bakshi said, ''Rai is trying to shift attention from the failure of the AAP government to tackle poor air quality in winters. They should introspect and address the true causes of air pollution if they want to solve the problem.'' Rai told media persons that the capital's air quality took a hit due to a surge in farm fires and some people bursting firecrackers on purpose. “A large number of people did not burst crackers. I thank them all. But some people burnt crackers on purpose. The BJP made them do it,” he said earlier in the day.

A thick layer of acrid smog engulfed Delhi-NCR on Friday following rampant cracker bursting on Diwali night amid a rapid increase in fumes from stubble burning.

Ahead of the festival season, the Delhi government had announced a complete ban on crackers till January 1, 2022, and ran an aggressive campaign against the sale and use of crackers.