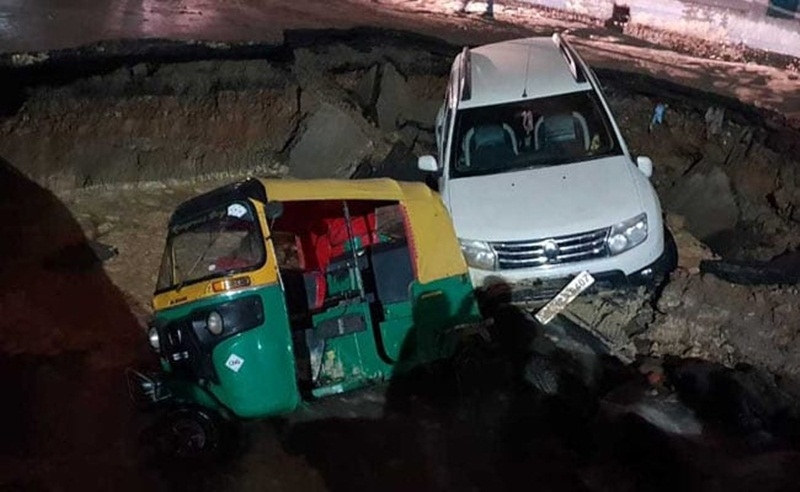 In a bizarre incident, a massive chunk of the road near the Maujpur Metro station in Delhi caved in on Monday evening, leaving a car and an auto-rickshaw trapped in the debris.

According to reports, the incident took place near the Maujpur-Babarpur metro station in east Delhi’s Shahdara. The car which caved in was carrying two people, while there was one person in the auto-rickshaw. The police have said that the incident took place due to a water line burst. However, everyone was rescued immediately and escaped with minor injuries.

Traffic movement is closed in the carriageway from Babarpur T Point towards Maujpur chowk due to water line burst. A wide hole approx 30/15 ft. is in middle of the road. pic.twitter.com/Ru4G2kGRRG

The Delhi Traffic Police has said that the pit was approximately 30/15 feet wide. After the incident took place, the Public Works Department (PWD) reached the spot and is now currently working to fix the road. The photos of the incident show that the car and auto-rickshaw in the pit.