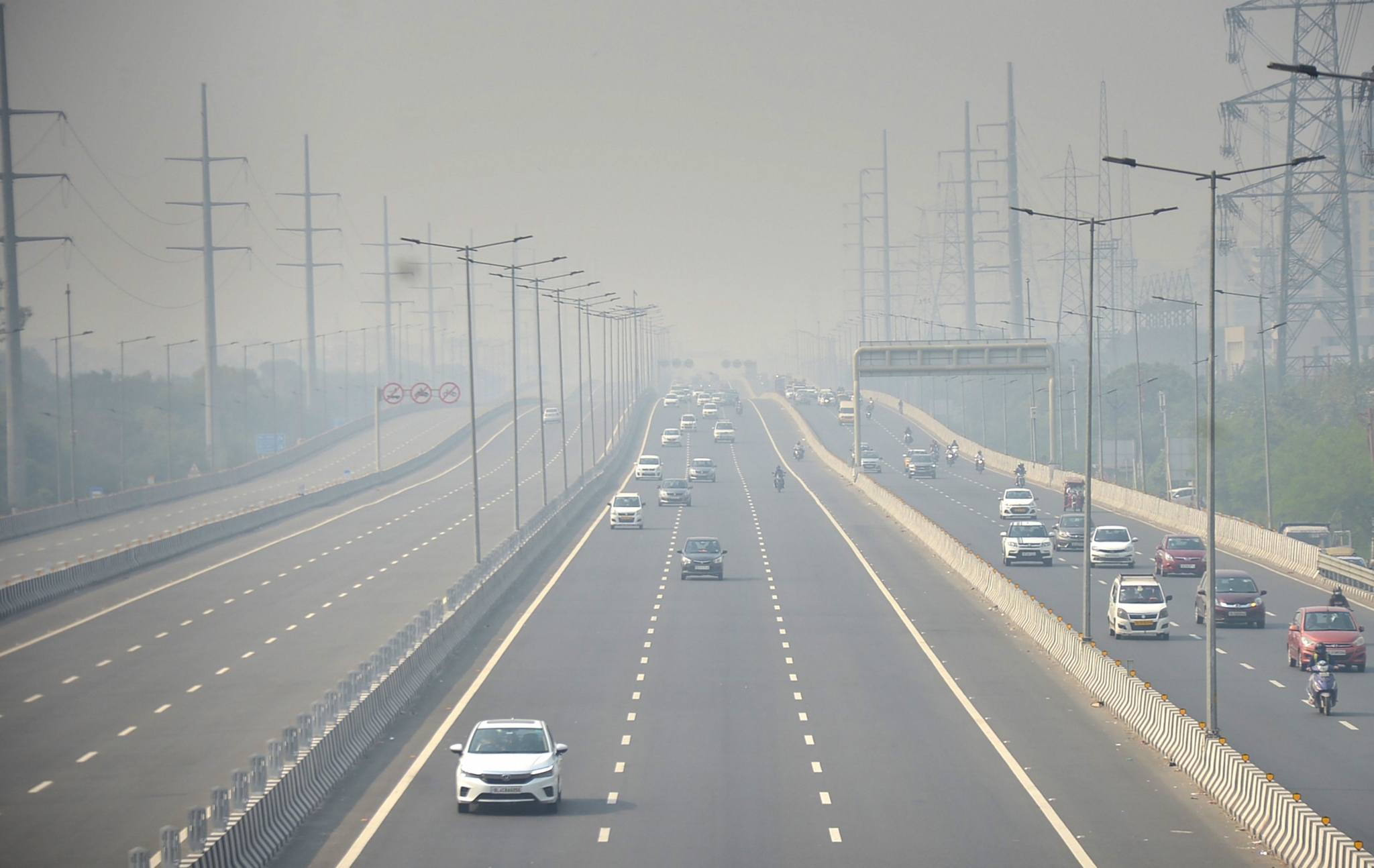 New Delhi: A visible improvement in Delhi's air quality was recorded on Sunday although it was in the 'very poor' category while the city's Environment Minister Gopal Rai said his government will submit a lockdown proposal to the Supreme Court on Monday to reduce pollution further.

The national capital recorded a 24-hour average air quality index (AQI) of 330 on Sunday as against 437 the previous day as emissions from farm fires in Haryana and Punjab dropped significantly. The AQI was and 471 on Friday, the worst this season so far.

The India Meteorological Department said visibility levels ranged from 1,500 to 2,200 metres at the Indira Gandhi International Airport and from 1,000 to 1,500 metres at the Safdarjung Airport.

Delhi Environment Minister Gopal Rai said the city government will on Monday submit to the Supreme Court a proposal on clamping a lockdown and its modalities. The apex court had on Saturday termed the rise in pollution levels an "emergency situation" and suggested clamping a lockdown in the national capital.

The Delhi government has already announced the closure of physical classes in schools, colleges and other educational institutions, except those where exams are being conducted, for a week from Monday.

All government offices, agencies and autonomous bodies, except those involved in essential services, have been directed to ask employees to work from home. No construction and demolition activity is allowed in the capital till November 17.

The state governments and district administrations in the National Capital Region have also been suggested to issue a 'citizen charter/advisory' for the public on steps that need to be taken during various stages of the Graded Response Action Plan (GRAP).

Over 3,400 farm fires accounted for 12 per cent of Delhi's PM2.5 pollution on Sunday, down from 31 per cent on Saturday. The share of stubble burning in Delhi's pollution ranged from 25 per cent to 48 per cent from November 4 to November 13.

SAFAR said the air quality in Delhi may improve a little over the next two days due to the restrictions on anthropogenic activities if the share of stubble burning does not increase.

The air quality is likely to deteriorate from the night of November 16 due to calm wind conditions. On November 17, it is likely to be in the upper end of the very poor category, the agency said.