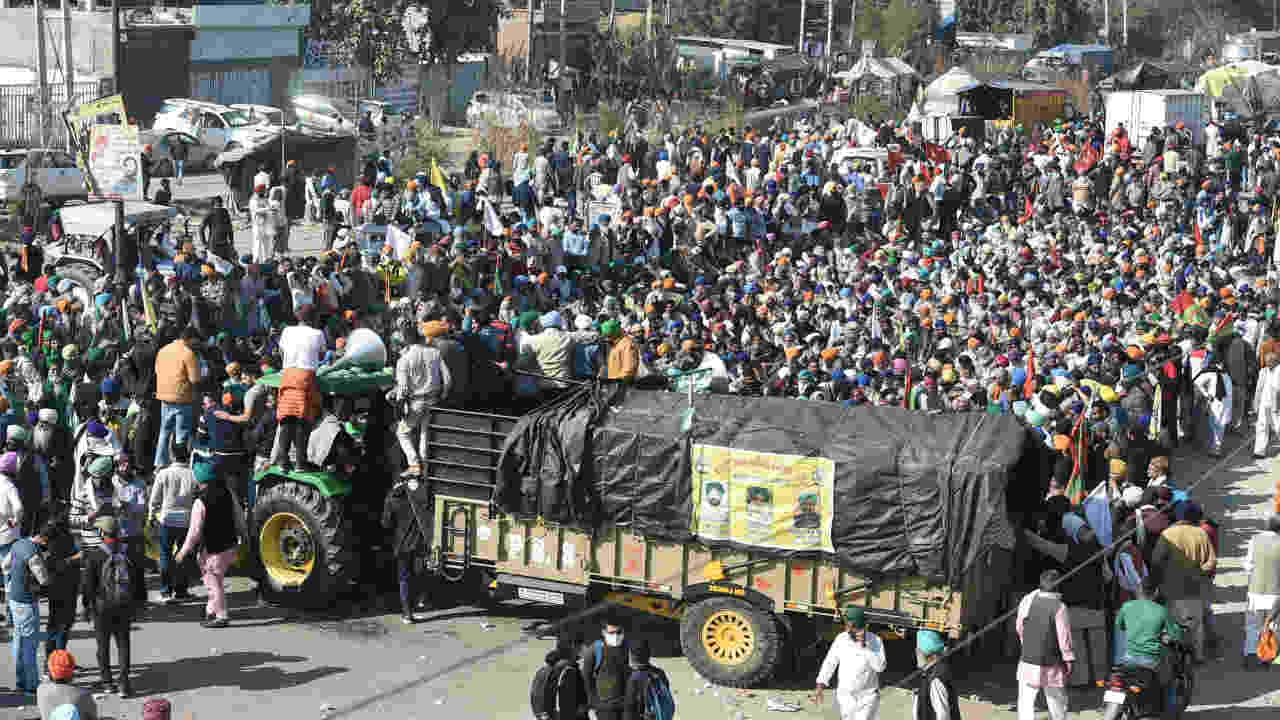 Farmers have come to Delhi for a "decisive battle" and will continue their stir against the new marketing laws, their leaders asserted on Monday, unmoved by the appeals of the Centre and PM Modi.

The opposition parties too stepped up pressure, asking the Centre to "respect the democratic struggle" of the farmers and repeal the laws.

Peaceful sit-ins by farmers, mostly from Punjab and Haryana, continued for the fifth day at the Singhu and Tikri borders with no untoward incident being reported even as the numbers of protestors swelled at the Ghazipur border.

Security has been beefed up by the Delhi Police and concrete barriers placed at all borders points connecting the city with Haryana and Uttar Pradesh as the farmers threatened to block all highways to the national capital.

Traffic snarls choked the roads as the Delhi Police kept the Singhu and Tikri borders closed and heightened checking at other entry points.

Amid the rancour, farmers were seen performing 'Ardas' (prayer) at the Haryana-Delhi border and distributing 'karah parshad' on Guru Nanak Jayanti.

At dusk, earthen lamps were placed on the barricades by the farmers who exchanged sweets while preparing for another chilly night in their tractor-trolleys which have been turned into makeshift shelters and dot a 10-km-long stretch along the Ambala-Delhi national highway.

Many protesters have cushioned their trolleys with layers of straw and laid mattresses over them to protect them from the cold. Night temperatures over the last few days have been settling at around 9 degrees Celsius.

Among the protesters are men and women aged over 70 years.

In a series of tweets in Hindi, BJP leader and Union minister Ravi Shankar Prasad sought to refute criticism of the bills. But he was immediately rebuffed.