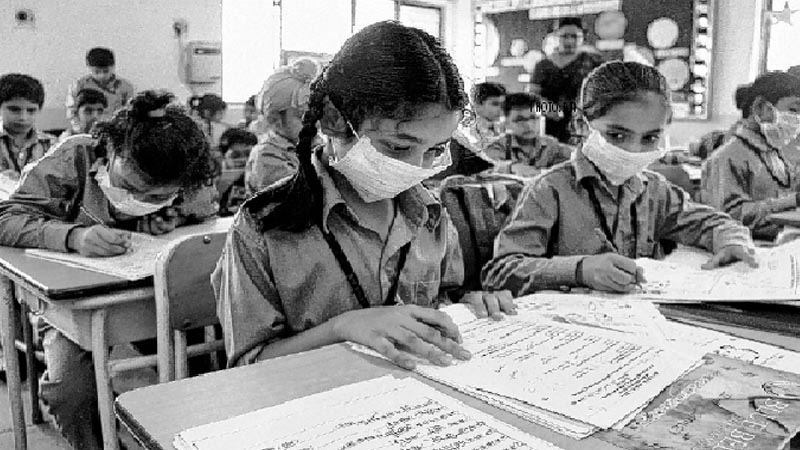 New Delhi : Even though the air quality continues to remain alarming in Delhi-NCR, there was slight improvement on Friday on account of light wind from Rajasthan.

Pulling up the state governments, Environment Secretary A.N. Jha held weak enforcement mechanism for pollution control responsible for alarming air quality in NCR. He reviewed the steps being taken by these states to curb air pollution.

“States are required to strictly enforce the measures laid out by the CPCB last year. Those instructions have to be made functional. All states have taken separate steps,” Jha told media persons here.

Union Environment Minister Anil Madhav Dave also said that he would hold a meeting with the ministers of the neighbouring states over the issue of air pollution.

The call came as Delhi’s air quality deteriorated to alarming levels and witnessed its worst smog situation in 17 years on Wednesday and Thursday. On Wednesday, the levels were 9.4 times the standard norms.

Meanwhile, the air quality of Delhi and Gurgaon ‘luckily’ improved, as light wind from Rajasthan helped disperse the smog and particle pollutants in the air.

However, the AQI of Faridabad worsened further from 427 on Thursday to an alarming 453 on Friday. As per weather experts, low wind speed and local emissions could be the reasons for that.

According to data from the Indian Meteorological Department and private weather forecaster Skymet, wind speed on Friday was 8-10 km per hour, while on Thursday and Wednesday it was nill. Due to this, besides some other factors, the smog in Delhi brought down the air quality to alarming levels.