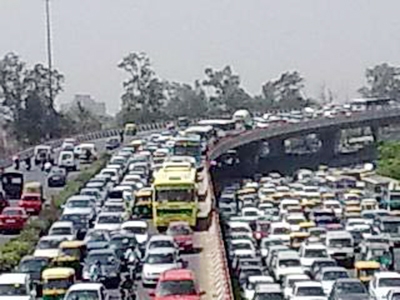 New Delhi : In a change from its earlier plan, the Delhi government on Tuesday said private vehicles with odd and even registration numbers will ply on odd and even dates respectively from January 1.

“It will be date-wise,” transport minister Gopal Rai said, days after the government said odd-numbered vehicles would ply on Mondays, Wednesdays and Fridays and those with even numbers on Tuesdays, Thursdays and Saturdays.

The rationing of the huge bulk of vehicles on Delhi’s roads, aimed at curbing alarming levels of air pollution, would not apply on Sundays when all vehicles can ply, the minister said.

The restrictions will apply from 8 am to 8 pm. The formula would be experimented from January 1 to 15 to see if it succeeds.

There has also been no decision yet on the hundreds of thousands of two-wheelers which environmentalists say also contribute to pollution and need to be curbed.

The complete blueprint for the ambitious odd-even formula — including categories that would be exempt — would be ready by December 25, Rao said.