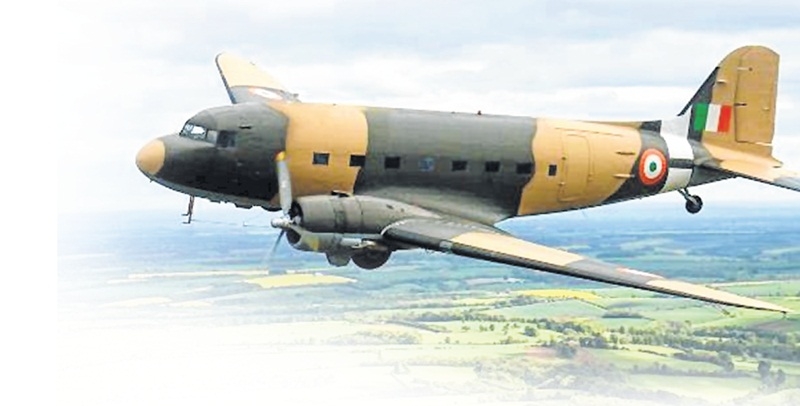 Ojhar (Maharashtra): Dakota aircraft, rechristened as ‘Parashurama’ after its resurrection, made its maiden landing at the Air Force Station here on Friday. The aircraft was flown by Group Capt Ajay Menon who is among one of the few pilots that can fly Dakota. It will proceed to Bengaluru for the Aero India Show. Dakota was inducted in the Indian Air Force in 1944. Its role in World War II makes it one of the most significant transport aircraft ever produced. It was the first major transport aircraft inducted in the IAF.
It is a fixed-wing, propeller-driven airliner and twin-engine metal monoplane with a tail wheel type landing gear that revolutionised air transport in the 1930s and 1940s. Its ability to operate from short runways made it the most versatile transport aircraft in that period. The aircraft had glorious innings during the first Indo-Pak conflict of 1947.