Cyclone Yaas: Deep depression to weaken into depression in next 6 hours, says IMD

The deep depression lay centred over south Jharkhand and the neighbourhood, and is likely to move northwards and weaken gradually into a depression in the next six hours, the India Meteorological Department (IMD) said on Thursday.

"The Deep Depression over south Jharkhand and adjoining north interior Odisha moved northwestwards with a speed of about 07 kmph during past 6 hours and lay centred at 5.30 am today over south Jharkhand and neighbourhood, near latitude 22.7°N and longitude 85.5°E, about 70km west-southwest of Jamshedpur and 70 km south south-east of Ranchi. The system is very likely to move nearly northwards and weaken gradually into a Depression during next 06 hours," the IMD said in its latest update.

"Thunderstorm with lightning and light to moderate rainfall are likely to affect parts of Kolkata, East and West Medinipur districts of West Bengal during next 1 to 2 hours from 5:55 am on Thursday," according to Regional Meteorological Centre (RMC), Kolkata.

Seven Indian Navy teams from Visakhapatnam are taking part in relief operations in the aftermath of cyclone Yaas in West Bengal.

Yaas is the second cyclonic storm to hit India within a week after 'Tauktae' tore into its western coast, causing death and destruction. 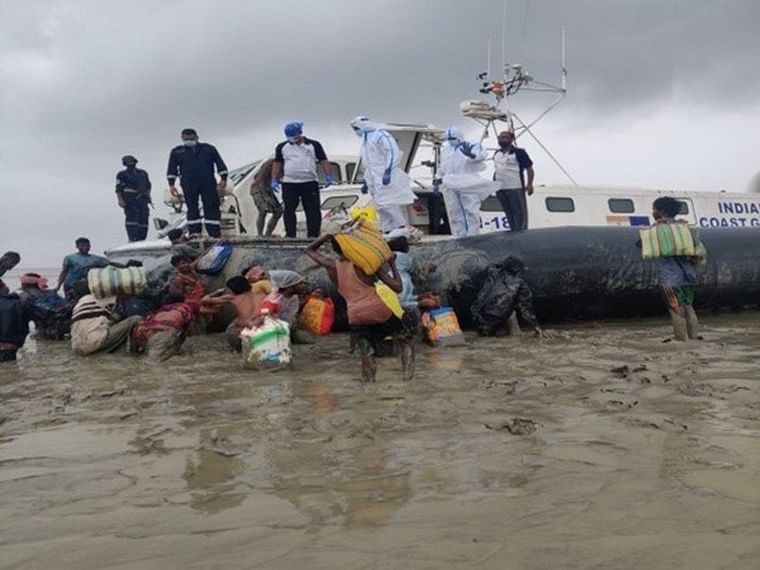 HomeIndiaCyclone Yaas: Deep depression to weaken into depression in next 6 hours, says IMD