According to IMD, the depression lay centred at 5:30 PM today, about 40 km southwest of Ramanathapuram, 70 km west-southwest of Pamban.
FPJ Web Desk 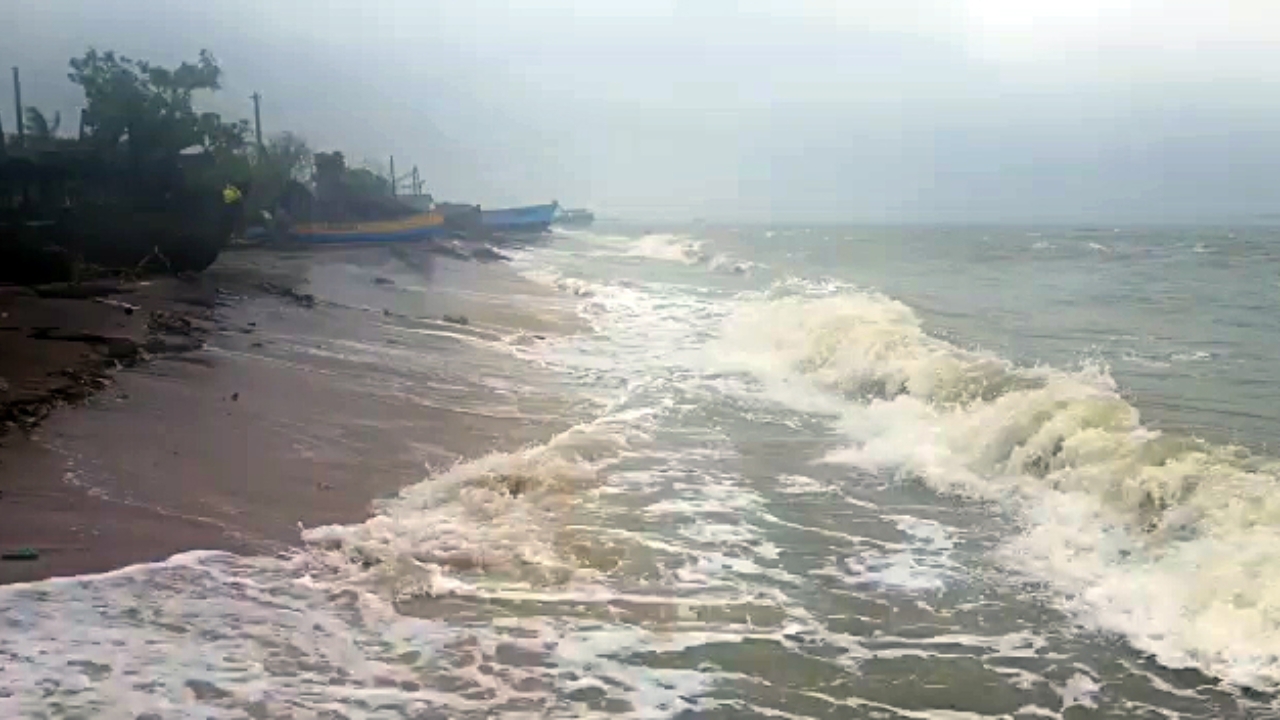 Strong winds hit the coastal areas and the sea turns rough in view of Cyclone Burevi, in Rameswaram on Friday. | Photo: ANI

The India Meteorological Department (IMD) on Friday said that Cyclone Burevi, which has weakened into a deep depression, remained stationary over Gulf of Mannar close Ramanathapuram District in Tamil Nadu, throughout the day. It is further expected to turn into a well-marked low-pressure area during the next 12 hours.

According to IMD, the depression lay centred at 5:30 PM today, about 40 km southwest of Ramanathapuram, 70 km west-southwest of Pamban.

"The depression is likely to remain practically stationary over the same region and weaken into a well-marked low-pressure area during next 12 hours," the IMD said in a statement.

The Depression is likely to remain practically stationary over the same region and weaken into a well-marked low-pressure area during next 12 hours: IMD #CycloneBurevi https://t.co/q16gCWovOG

Heavy rains continued in Tamil Nadu on Friday leading to inundation of crops and waterlogging in many rural and urban areas.

While there was widespread rainfall covering many parts of the state, several regions reported heavy to extremely heavy showers including Kollidam (36 cm, Nagapattinam district), Chidambaram (34 cm, Cuddalore) and over two dozen areas received between 10 and 28 cm rain.

Crops including paddy and sugarcane were inundated in districts including Tiruvarur, Thanjavur, Mayiladuthurai, Nagapattinam, Pudukottai and Ariyalur falling under the Cauvery delta zone and complete submergence of agricultural fields was also seen as showers continued for the third successive day.

Ramanathapuram and Tirukovilur (Kallakurichi district) in southern and northern Tamil Nadu respectively were among the regions that received 7 cm rainfall.

While Chennai received moderate rains, Madurantakam near here recorded 10 cm, and rainfall was reported from several other regions including Yercaud in Salem, Sivaganga, Namakkal, Tuticorin, Ranipet and Karur districts as well.
Low-lying residential areas in parts of Madipakkam, Velachery, Pallikaranai and Kovilambakkam here and several other urban and rural areas in districts including Cuddalore saw water entering the neighbourhoods and as a precautionary measure, electricity supply was halted in several districts.

In view of the heavy showers, the ancient Sri Nataraja temple at Chidambaram witnessed flooding of its inner corridors and photographs showing the inundation surfaced on the social media.

The government had already declared Friday a holiday for Kanyakumari, Tirunelveli, Tenkasi, Virudhunagar, Tuticorin, and Ramanathapuram districts in view of the weather system.

On December 3, cyclone 'Burevi' weakened into a deep depression.