The grenades were found in a sandbag placed on the divider of the road in Bemina during a routine road opening exercise.
ANI Srinagar: The Central Reserve Police Force (CRPF) on Monday averted a possible major incident by recovering six Chinese grenades along the National Highway-44 in Jammu and Kashmir's Bemina, a region situated on the heart of the erstwhile state's summer capital.

"The alacrity of troops averted an incident on the busy highway," it added.
CRPF officials said that the grenades were not disposed off where they were found considering the huge rush on the highway.

"The grenades were handed over to the CRPF BDD (Bomb Detection and Disposal) squad and state police for disposal adhering to safety protocols and standard operating procedure," added CRPF, which is mandated to provide internal security in the newly created Union Territory. CRPF inks MOU with C-DAC to strengthen its tech capabilities 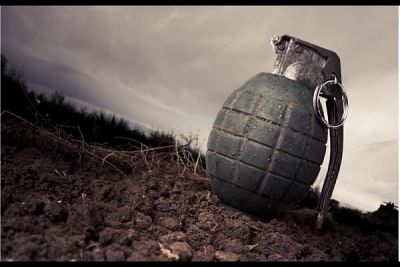 J&K: 1 CRPF Jawan and a woman wounded after a grenade hurled at security forces
Advertisement