On August 11, the Sputnik V vaccine was registered by the Ministry of Health of Russia and became the world's first registered vaccine against COVID-19 based on the human adenoviral vector platform.
FPJ Web Desk 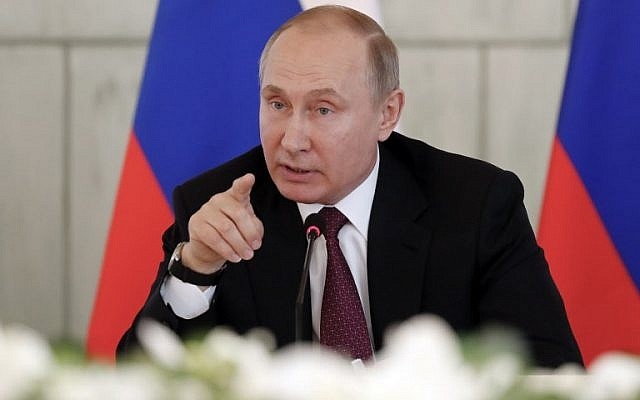 According to the RIA news agency, Putin also proposed on this day that the creation of a "vaccine research centre" for BRICS countries - Brazil, Russia, India, China, and South Africa - be sped up.

It was reported earlier this week that the first batch of Russia's Sputnik V vaccine for COVID-19 is likely to reach Kanpur's Ganesh Shankar Vidyarthi Medical College by next week wherein the vaccine's Phase 2 and Phase 3 human clinical trials will be conducted.

The decision to conduct the human clinical trials of the vaccine was taken after Dr Reddy's Laboratories got approval from the Drugs Controller General of India (DCGI) in this regard, an official said.

The effect of the vaccine on the volunteers will be studied for seven months after the same is administered once, twice or thrice within an interval of 21 days.

After observing the effects of the vaccine for a month, authorities will be apprised of the results of the trial and they will then make a decision accordingly.

The Ethics Committee of the college has also given permission for the trails. The vaccine has to be kept at a temperature of -20 to -70 degrees Celsius.

In September, Dr Reddy's and the Russian Direct Investment Fund (RDIF), Russia's sovereign wealth fund, entered into a partnership to conduct clinical trials of Sputnik V vaccine and its distribution in India.

As part of the partnership, RDIF shall supply 100 million doses of the vaccine to Dr Reddy's upon regulatory approval in India.

On August 11, the Sputnik V vaccine was registered by the Ministry of Health of Russia and became the world's first registered vaccine against COVID-19 based on the human adenoviral vector platform.

Meanwhile, Prime Minister Narendra Modi on Tuesday said that India's vaccine production and delivery capabilities will work in the interest of humanity.

Addressing the summit of five-nation grouping BRICS via videoconferencing, the Prime Minister also highlighted reform initiatives undertaken by his government under the 'self-reliant India' campaign.

"We have started a comprehensive reform process under the 'Self-reliant India' campaign. The campaign is based on the belief that a self-reliant and resilient India post-COVID can be a force multiplier for the global economy and make a strong contribution to the global value chains," he said.