COVID-19: Over 300 Parliament staffers test positive between January 9 and 12 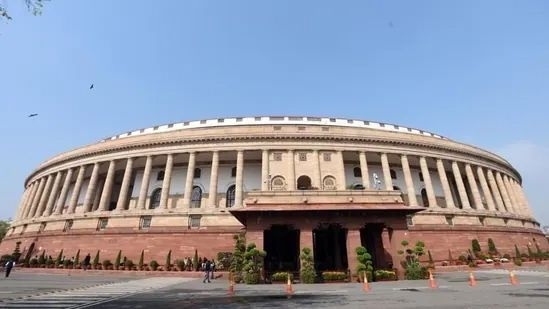 New Delhi: More than 300 Parliament staffers tested positive for Covid-19 between January 9 and 12, according to sources.

Earlier till January 9, more than 400 of them had tested positive during random testing.

During random testing in the first week of this month, over 400 staff members were found infected. On Tuesday, Lok Sabha Speaker Om Birla inspected the Parliament House Complex (PHC) to take stock of the health safety related measures in light of the recent spike in Covid-19 cases in the country.

Birla visited the Covid-19 testing facility set up in Parliament House Annexe for the Members of Parliament, officers and staff of the Lok Sabha and Rajya Sabha Secretariats and reviewed the preparations there.

On Monday, concerned over the surge, Rajya Sabha Chairman and the Lok Sabha Speaker directed Secretaries-Generals of both the houses to suggest measures for safe conduct of the upcoming budget session.

"Both the Rajya Sabha chairman and the Lok Sabha speaker have directed the secretary generals to review adequacy of the Covid protocol followed during last winter session in the current situation and submit a proposal in this regard at the earliest," the sources said. Maharashtra: No supply chain of essential goods affected at borders despite of new COVID-19...