Official sources said at least 10 people who came in contact with him have been quarantined and their test reports are awaited.
Darshan Desai 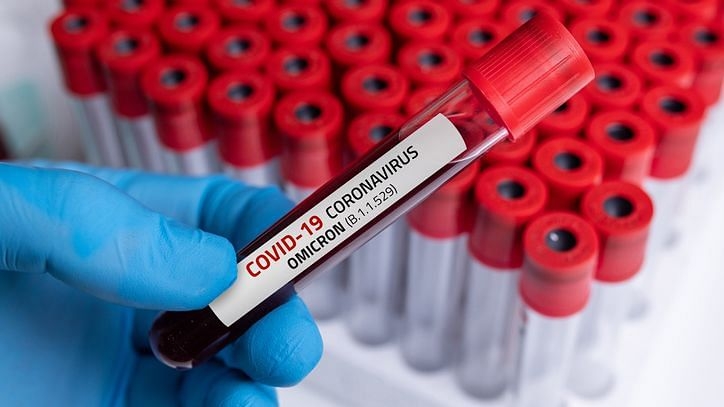 Gujarat on Saturday became the second state in India to report an Omicron-infected patient. The man was visiting Jamnagar arriving from southern Africa's ‘at-risk countries as identified by the State Government for the new mutant.

A 72-year-old man who arrived from Zimbabwe, reached his native village in Jamnagar district last week where he was found positive with Covid-19 and upon further testing, found infected with the Omicron variant, the State Health Department has confirmed.

Dr S S Chatterjee, the Nodal Officer for Covid-19 at the State-run Guru Gobind Singh Hospital in Jamnagar told reporters, “The man’s samples were sent to the Biotechnological Research Laboratory in Ahmedabad which found him positive for the new variant.”

He landed in Jamnagar on November 28 and was soon after caught fever and his doctor advised him to get an RT-PCR test done, which found him Covid-19 infected.

Official sources said at least 10 people who came in contact with him have been quarantined and their test reports are awaited. The officials are also tracing 87 people who could have come in touch with him in the Jamnagar district.

Dr Chatterjee informed that the man had been kept in an isolation ward ever since his admission to the hospital last week. “We had traced all his contacts, screened them and they tested negative,” Dr Chatterjee said.

He added that “we will test all his contacts once again” after the reports that he carried the Omicron variant of the virus.

Gujarat’s Additional Chief Secretary (Health) Manoj Aggarwal said, “a micro containment zone has been made where he is living at the time. In the area, we will do the tracing and testing of people.”

Meanwhile, 30 other passengers coming from Dubai to Ahmedabad and a woman who reached Vadodara from London have tested Covid-19 positive since Friday evening. Their genome sequencing is being done to ascertain if they have been infected with the Omicron mutant.

Aggrawal had on Friday maintained that the Gujarat Government would go ahead with its Vibrant Gujarat Global Investors Summit scheduled for January and there were no changes made amid the Omicron concern.

Chief Minister Bhupendra Patel on Saturday convened a high-level meeting with the health department to review the State’s preparedness to tackle the situation after the first Omicron-infected case reported from Gujarat.

An official statement from the CMO stated that while the chief minister stressed the need to step up three-Ts (tracing, testing and treatment), he appealed to the people to maintain social distance and wear masks as well as sanitisation.

The meeting was attended by Health Minister Hrishikesh Patel and Minister of State for Harsh Sanghvi.