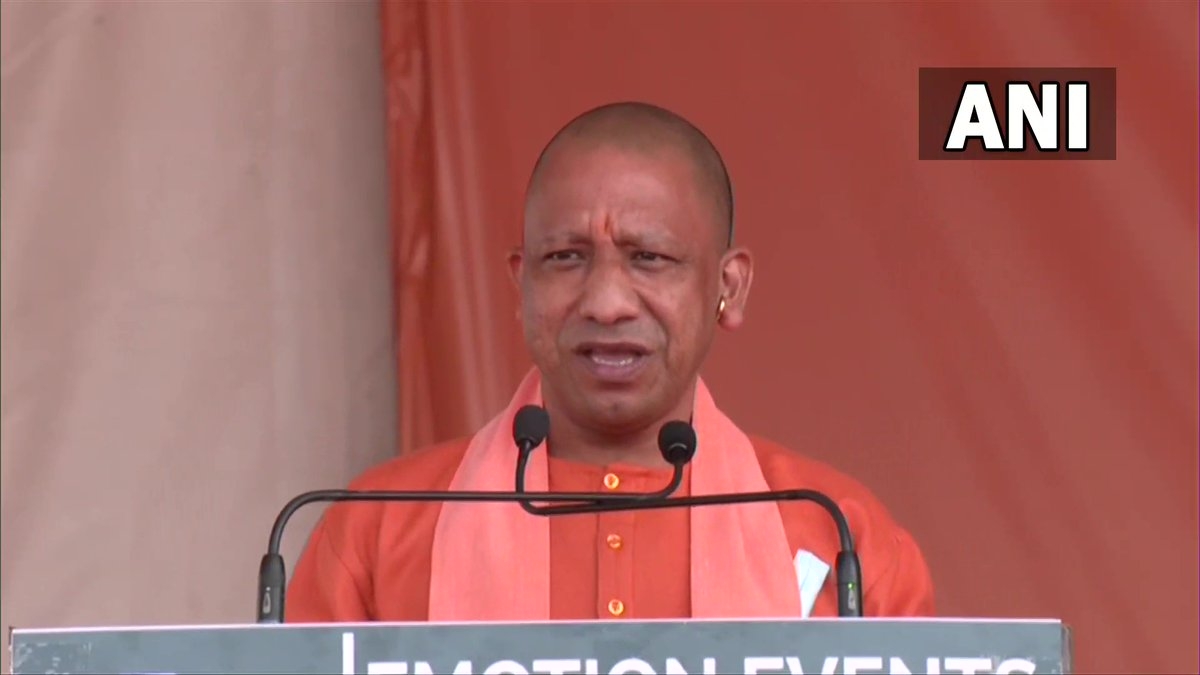 The Congress on Sunday sought to dub Uttar Pradesh Chief Minister Yogi Aditynath as "Bulldozernath" or the lord of bulldozers, allegedly out to trample the dreams of youths. The Congress made the allegation a day after the Lucknow police denied the party to hold a five-km race in the city as part of Congress president Priyanka Gandhi Vadra's "Ladki Hoon, Lad Sakti Hoon" poll campaign.

It accused the chief minister of crushing the dreams of the girls who wanted to run a marathon organised by the party in Lucknow.

"The destructive government of 'Bulldozernath' tramples upon the dreams of the youth repeatedly. Sometimes by question paper leaks, sometimes by not declaring recruitment and sometimes using force against them," the Congress said in a tweet.

"This time, the anti-women bulldozer of Yogi has run over the dreams of brave girls," the party added.

"But he does not know that the one whose time has come, no power on this earth can stop him. The slogan #LadkiHoonLadSaktiHoon is echoing in the state. The women power is ready to stake its claim to power," another party tweet said.

With the party having been denied permission to hold the race in Lucknow, the race was held in Jhansi on Sunday.

Spokesperson of UP Congress Vikas Srivastava told PTI that over 10,000 women took part in the five-km marathon held in Jhansi.

Congress General secretary Priyanka Gandhi Vadra also slammed the UP government, saying girls won't tolerate it and will fight for their rights.

In a Hindi tweet, Priyanka Gandhi said, "Yogi Adityanath ji, you speak against the women by talking about controlling them. It is for this reason that you did not allow girls to participate in the marathon in Lucknow." "The girls of Jhansi have sent a message that they will not tolerate it and fight for their rights," she added.

The UP government authorities have been using bulldozers to demolish the illegal property of criminals and gangsters and this is also often referred to by the BJP leaders in their speeches in the state.

The Congress further said those who took part in the marathon in Jhansi instilled fear in the CM.

Talking about the party's women marathon in Jhansi, Priyanka Gupta, a Congress leader and spokesperson, said every participant in the women's marathon drew inspiration from Rani Laxmibai, who hailed from Jhansi and fought against the British.

"They will not confine themselves to this marathon but will also sprint in the country's politics and change its course and direction," she asserted.

The UP Congress on this occasion also used a hashtag #ladki_se_darta_hai_Yogi (Yogi feels afraid of the girls).

On Saturday night, Congress workers had staged a protest outside the camp office of the Lucknow police chief over the denial of permission to hold the race.

The protesting Congress workers, including women, were forced into a police van and whisked away from their protest site outside the Lucknow police commissioner's office.

The five-km race was to begin at 8 am on Sunday, UP Congress spokesperson Anshu Awasthi had said.

"The BJP government is scared as women are siding with the Congress. They denied us permission due to their arrogance," Awasthi had said.

Police Commissioner D K Thakur had told PTI that the Congress had sought permission to organise the race but was denied permission due to the coronavirus pandemics.