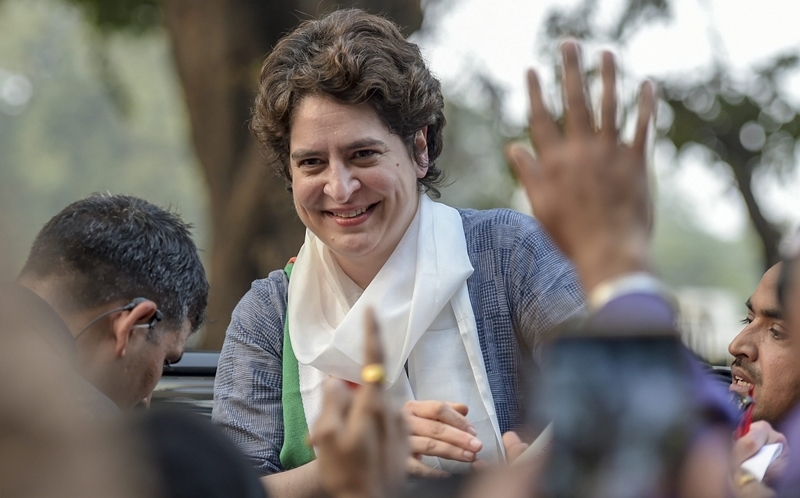 New Delhi: The Congress is mobilising a huge crowd in Lucknow for a grand launch of Priyanka Gandhi with a big bang on Monday as the AICC General Secretary, in-chare of Eastern Uttar Pradesh. The party sources said Congress President Rahul Gandhi and Jyotiraditya Scindia, AICC General Secretary for Western UP, will accompany her on a road show in Lucknow.

The road show will start from the Lucknow airport and end at the Congress office. Priyanka will stay put in Lucknow for four days to interact with the office-bearers and party leaders while Rahul will return to Delhi the same day. Scindia will also spend four days interacting with leaders of the western part of the state.

The party sources said Priyanka has promised to work hard on the ground and sought support of senior leaders to make success of her entry into politics. At a meeting of the Congress general secretaries here on Thursday, she also stressed the need for projecting an image of the party that cuts through barriers of caste and religion.

Rahul, who chaired the meeting that took stock of the preparations for the election, said the team was battle-ready and would spare no effort to oust the Narendra Modi government. The meeting also decided to complete the process of selecting candidates before this month end.