Bengaluru: Veteran Congress leader, former Union Minister and Rajya Sabha MP, Oscar Fernandes, 80, died at a private hospital in Mangaluru Monday afternoon. A fitness fan, he had suffered a fall while doing his regular exercise in July and slipped into a coma on July 19. Subsequently he was found to have had an internal brain injury and underwent a surgery. But he did not recover. He is survived by his wife and two children.

"Saddened by the death of Rajya Sabha MP Shri Oscar Fernandes ji. In this sad hour, my thoughts and prayers are with his family and well-wishers. May his soul rest in peace", Prime Minister Narendra Modi tweeted.

Rahul Gandhi, in his condolences to the family, said "It is a personal loss for me. He was a guide and mentor to many of us in the Congress party. He will be missed and fondly remembered for his contributions."

A close confidante of the Gandhi family, Oscar Fernandes was known to be a disciplined party man throughout his political life.

In his five decade long political career, he represented Udupi constituency in the Lok Sabha five times and was elected to the Rajya Sabha four times.

He had served as a Union Minister for Labour and Employment from 2006 to 2009 and had held different portfolios.

He was often known as the ‘Anthony’ of the Congress party and strangely he died in the same order. First ‘Amar’ Arun Singh passed away. Last year ‘Akbar’ Ahmed Patel breathed his last.

But, unlike Arun Singh and Ahmed Patel, Fernandes was neither a political brain, nor an organiser with excellent contacts. He was basically a party loyalist and remained extremely faithful to the Congress and the Gandhi family. Most importantly, he knew how to keep secrets of the party.

His entry into politics was also strange. He was introduced to Indira Gandhi a few months before the parliamentary elections in 1980. Indira Gandhi looked at the tall Oscar Fernandes and asked him if he could defeat a giant, TA Pai, then a popular Union Minister. Oscar just smiled and immediately got the ticket for Udupi. He won his first Lok Sabha election by defeating Pai and that big win made him a favourite of Indira Gandhi.

Many years later, he had told a journalist that he “did not know what to say. I just smiled at madam Gandhi. I did not want to spoil my chances by saying something stupid".

Though tall and well-built, he was a gentle giant affectionately called ‘Oscar Anna’, but loyalty to the Gandhi family was his biggest asset. The only time he asserted himself was when the then Prime Minister PV Narasimha Rao threatened him with a denial of ticket in the 1996 Lok Sabha elections, calling him a ‘Sonia man’. He dared PVN to deny him a ticket. A scared Rao had to relent and Oscar won his fifth and the last Lok Sabha election from Udupi.

Between 1980 and 1996, Oscar had won five consecutive elections from the Hindu-majority Udupi Lok Sabha seat, creating a record of sorts. He tasted his first and last defeat in the 1998 Lok Sabha elections. After that, he became a Rajya Sabha member from Karnataka for four consecutive terms and never contested in any direct elections.

He has been a Member of Parliament for 41 years with a break of just a few weeks in 1998. It is another record.

Besides politics, Oscar was a yoga expert, loved Kuchipudi, played the harmonica and took part in Yakshagana essaying the role of Bishma.

He played a crucial role in the creation of the Telangana state in 2014, holding a few secret meetings.

In his pre-political days, Fernandes had worked as a farmhand and an auto driver to support his family.

With his departure, the Congress has lost a staunch loyalist, a quiet firefighter and a hard bargainer. 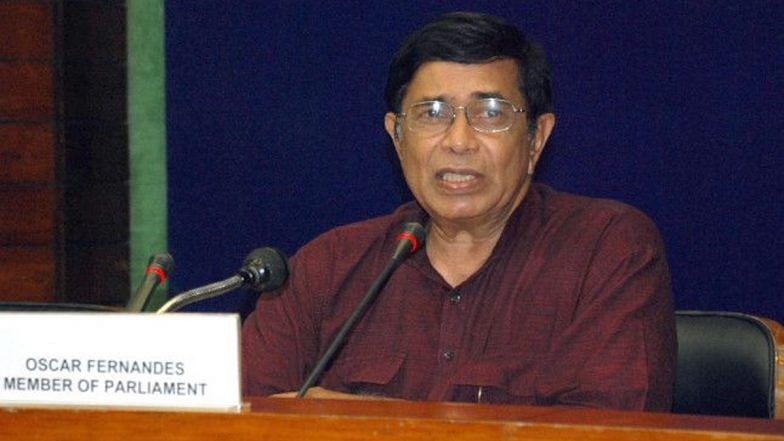