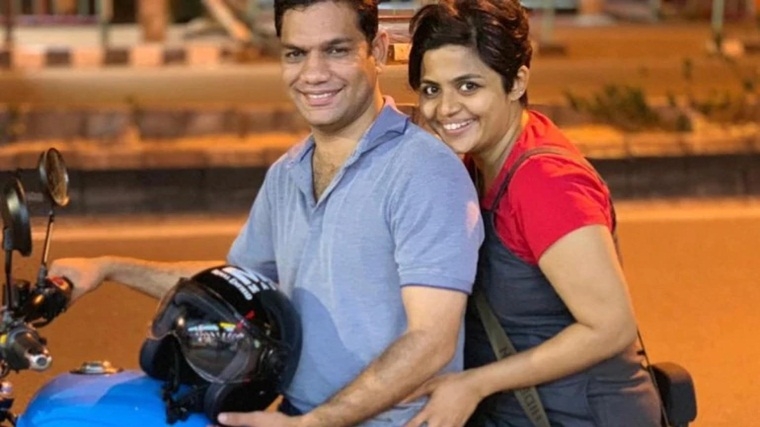 Kochi: The title of a Facebook post put up by Congress MP Hibi Eden's wife, drawing an analogy between fate and rape, has created an uproar on the social media. Hibi Eden represents Ernakulam constituency.

"Fate is like rape, if you can't resist it, then try to enjoy it," wrote Anna Lina Eden on top of two video clips posted on the site to depict the plight of her daughter and husband Eden during the floods following rains in Kochi on Monday. While one video showed her daughter being evacuated from their waterlogged residence on Monday, another clips showed her husband enjoying a sizzler somewhere.

Social media users came down heavily on Anna for her anti-women comments, with some even attacking her for allegedly using vulgar language. Sensing the ire of the people, she removed the post from her Facebook account.

In another Facebook post, Anna expressed regret, saying through the post she was making an effort to overcome with a smile, a crisis that hit her life following the serious illness of her father. Anna said, as the wife of a people's representative, she understands the pain and difficulties of the people and has always tried to stand with them.