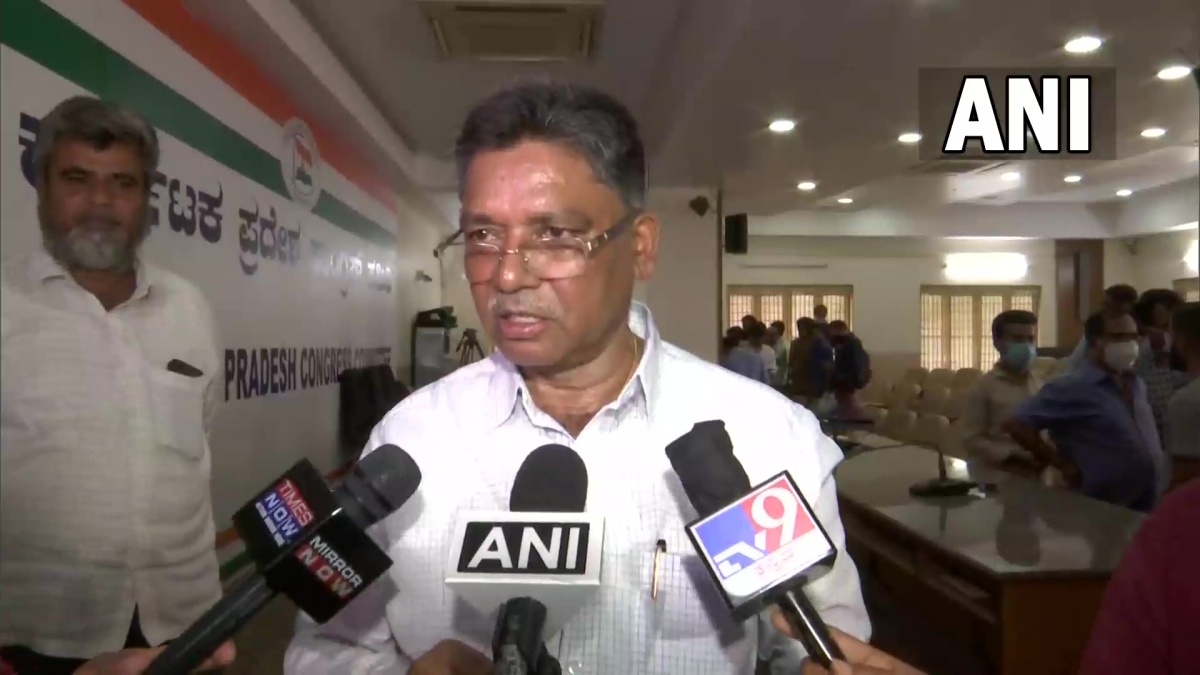 Caught in the middle of a controversy for his comments on Karnataka Congress chief DK Shivakumar, VS Ugrappa on Wednesday clarified his side saying that Congress isn't supporting corruption, particularly DK Shivakumar.

Praising Shivakumar, the Congress leader said that he's a very good administrator and has earned money via business.

Further he also said that the party took action against MA Saleem for not choosing the right place to share this information.

He also said, "When I was about to address press conference,our media coordinator Saleem came and whispered that some people in Shivamogga incl DK Shivakumar and his people are taking money."

"After conference, I spoke with Saleem who said that it's not his but BJP and others' allegation" he added.

What is the video about?

Congress state unit media coordinator MA Saleem and former Lok Sabha MP VS Ugrappa, before a press conference possibly not aware that the mikes and cameras were on, can be seen speaking about DK Shivakumar.

When I was about to address press conference,our media coordinator Saleem came&whispered that some people in Shivamogga incl DK Shivakumar&his people are taking money. After conference, I spoke with Saleem who said that it's not his but BJP&others' allegation: VS Ugrappa,Congress pic.twitter.com/Rbn7CFbXST

Saleem can be heard in the video making allegations against the Congress chief and another person.

The two leaders can also be heard discussing Shivakumar's personality and comparing him with the Karnataka Leader of Opposition Siddaramaiah and other issues related to his habits and the way he talks.

The Karnataka Congress has taken action against the two leaders with MA Saleem being suspended from the post of Media coordinator and a showcase notice being issued to VS Ugrappa.

Meanwhile, BJP National General Secretary CT Ravi slammed the Congress leaders including DK Shivakumar and said that it is the reality of the Congress.

After this, while addressing the press meet DK Shivakumar said that he has nothing to do with that chat between the two individuals and added that this has embarrassed the party and action will be taken by the disciplinary committee which is headed by the former Union Minister Rahman Khan.